A weekly dive into the state of the beer industry.

Every week on The Beer Edge Podcast, co-hosts Andy Crouch and John Holl take a look at the state of the beer industry, with a focus on the business and culture of beer. The Beer Edge podcast provides listeners with unparalleled insights into the beer industry. Our mission is to provide consumers and industry players alike with a fresh and unfiltered look at the world of better, flavorful beer. We seek to capture the essence and passion of brewers, both big and small, foreign and domestic, each of whom has a distinctive and colorful story to go along with the beautiful beers they produce. 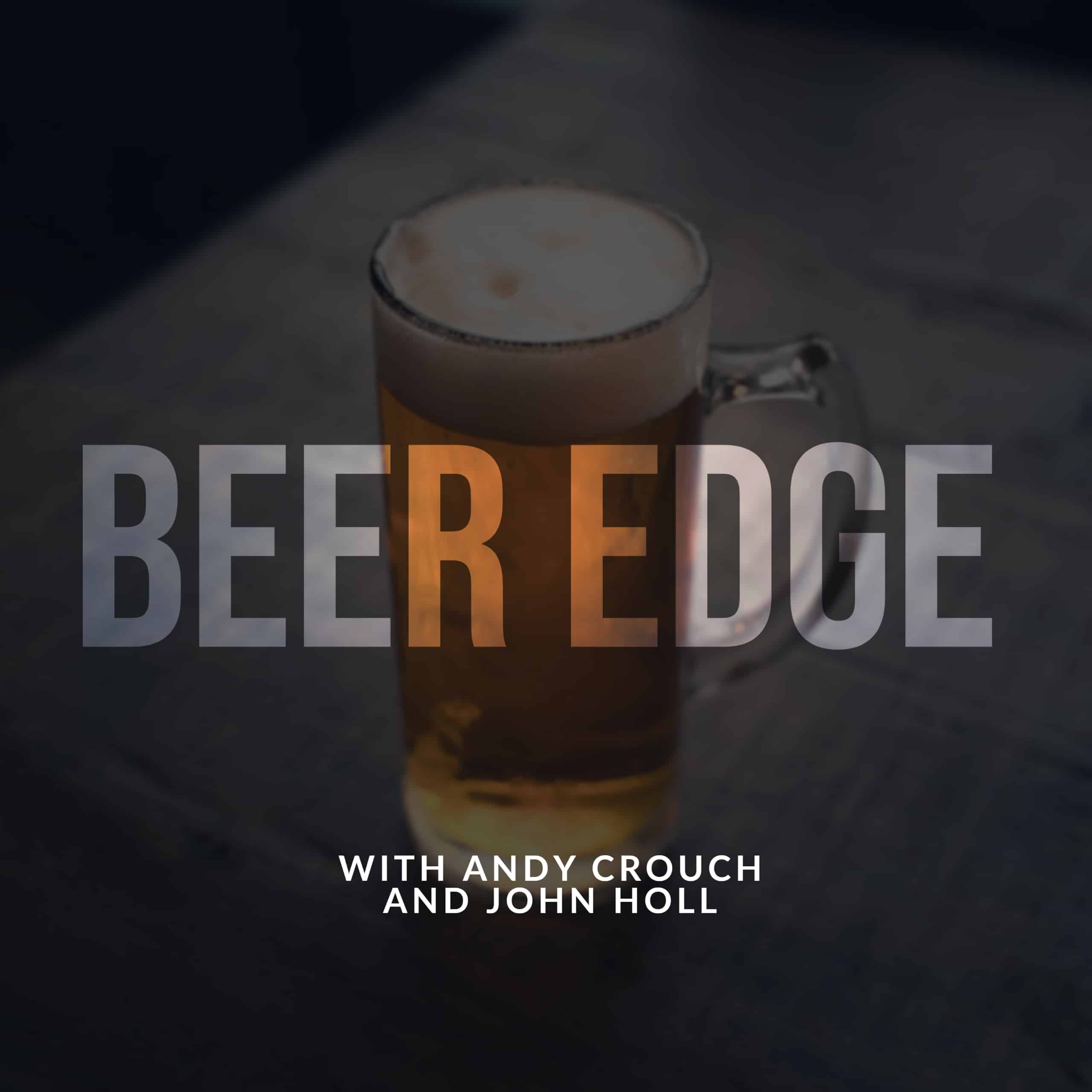 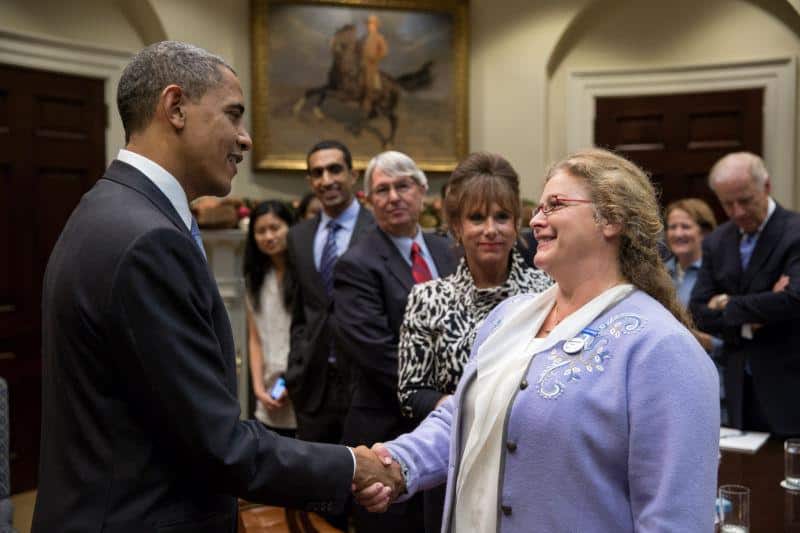 New Glarus Brewing Company co-founder Deb Carey talks about how, when, and where breweries should use their voices, about being true to herself, and the politics of the COVID-19 pandemic. New Glarus has long been a model brewery that many others seek to emulate. One of the largest craft breweries in the country, New Glarus hails from a small town but casts a big shadow over the American beer scene. All this while only distributing its excellent line of beers in a single state, its home of Wisconsin. Recently, Deb took to Facebook to promote public safety and talk about buying masks for health care workers. In the wake of her post, which contained a choice word or two for those protesting stay at home measures, Deb was the recipient of a torrent of attacks across social media platforms. Firm in her convictions, Deb stood her ground and talks with John Holl about the experience and how the New Glarus Brewing Company has handled the pandemic.

On this episode of the Beer Edge podcast, we speak with Bissell Brothers co-founder Peter Bissell about how COVID-19 has impacted the brewery and his lobster restaurant in Portland, Maine. Pete admits to being blind-sided by the pandemic news, as someone who does not closely follow the news. When the government forced his restaurant to close and limited public access to his brewery’s popular tap room, the company immediately pivoted to facilitating a contactless home delivery model that covers most of New England’s largest state. While his restaurant, Highroller Lobster Co., remains shuttered, Bissell Brothers remains active. Working at about 80 percent capacity, the brewery is cranking out old favorites, including new batches of Swish, and Pete hasn’t laid off a single worker. 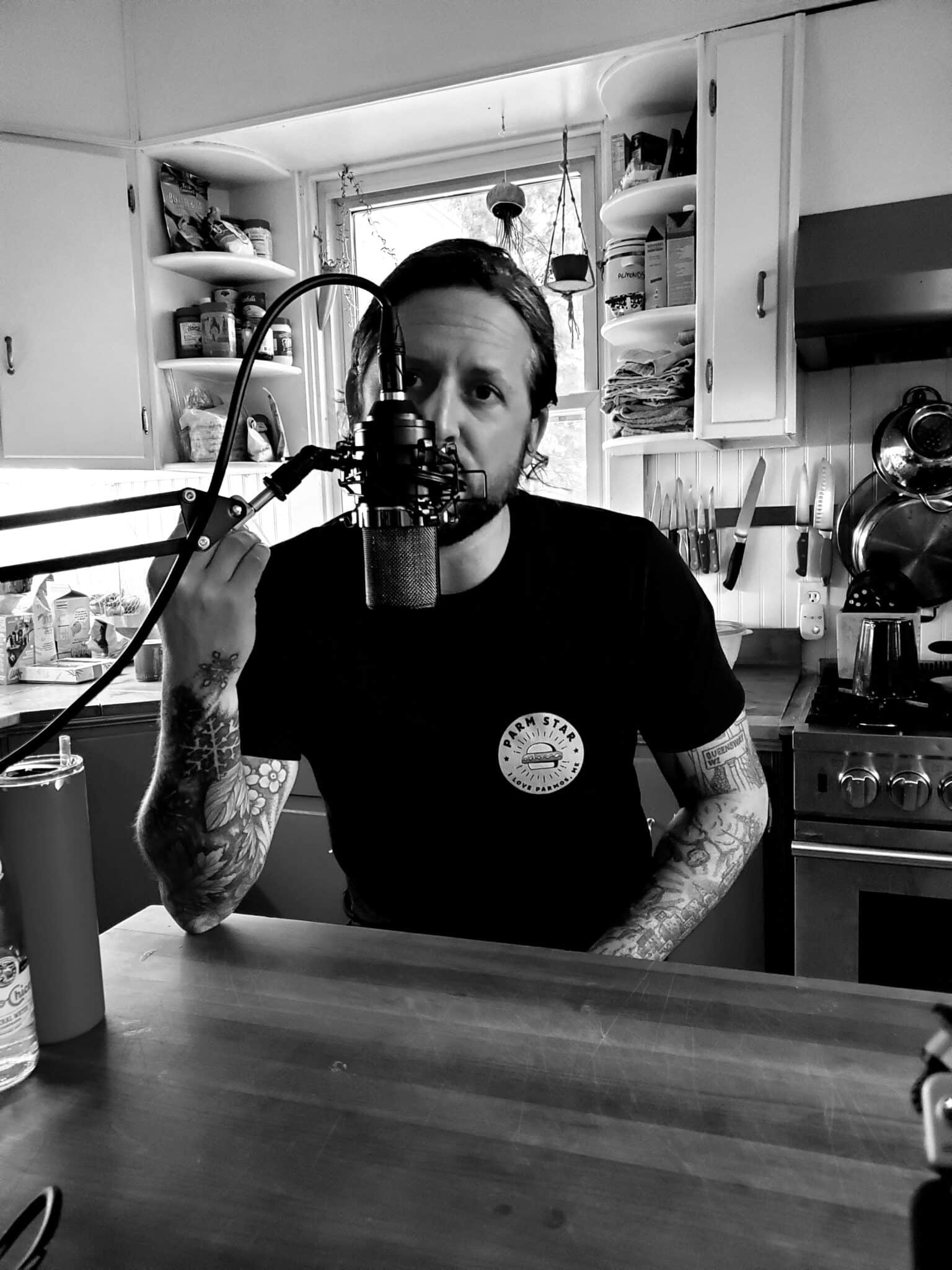 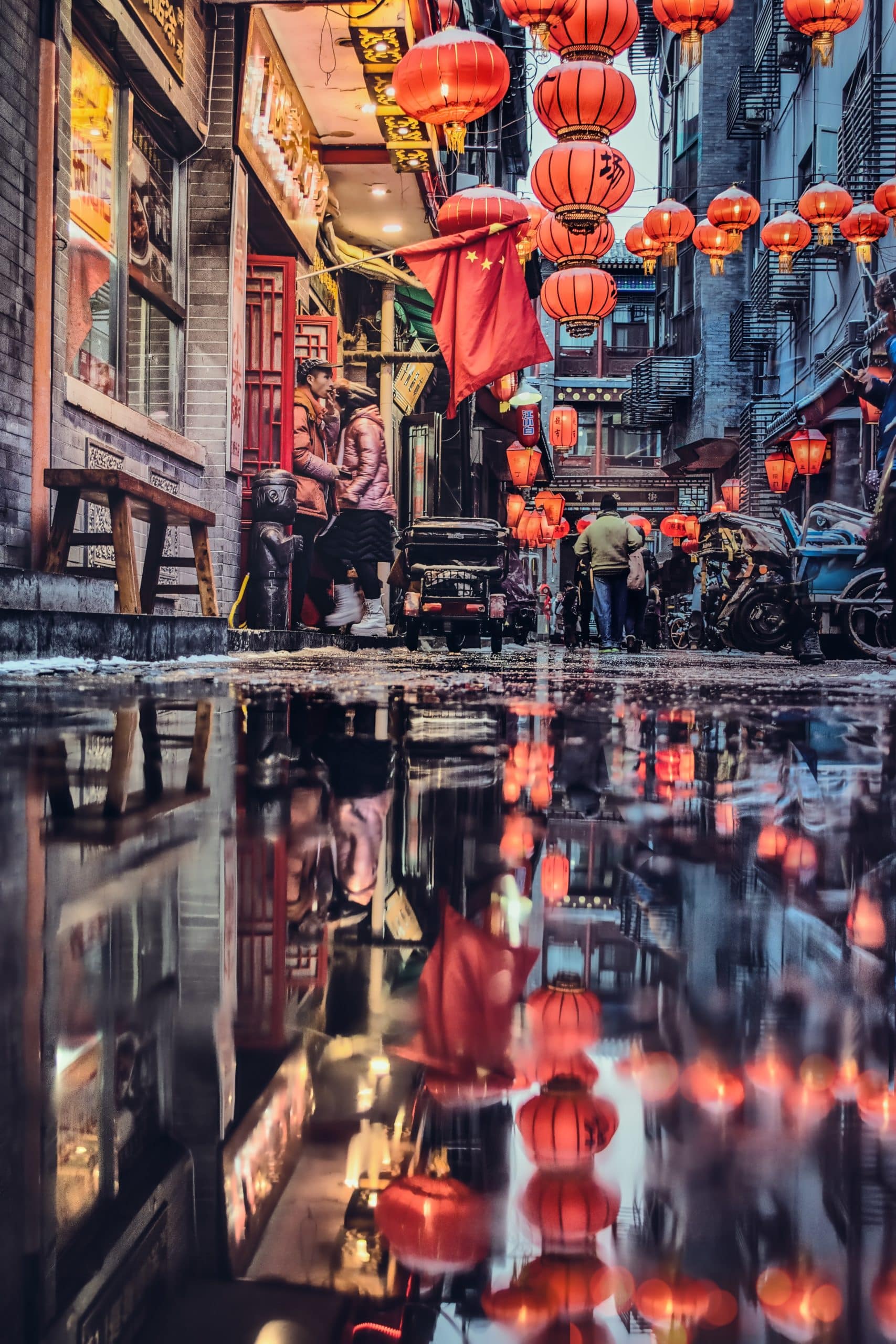 Carl Setzer is the brewmaster and co-founder with his wife of the Great Leap Brewing Company in Beijing, China. Born in the United States but now a longtime China resident, Carl and his wife operate a series of brewpubs and production facilities throughout China. When COVID-19 broke out, Carl had some tough decisions to make. While he ran a sizable and growing brewery operation, his wife was also entering her third trimester and the couple learned they would have trouble accessing prenatal care. Accustomed to working remotely, they decided to return to his native Ohio to wait things out. Soon thereafter, the virus came to the states, China closed its borders to non-citizens, and he finds himself in Ohio until that policy is lifted. All the while, he and his wife are running a massive brewing operation from thousands of miles away. Having seen the virus for a few months more than American brewers have, Carl has some timely perspective that could help many American craft brewers deal with the current crisis. He also has some pretty engaging stories to tell about doing business in China.

Adam Robbings started making moves at his brewery, Reuben’s Brews, well before Washington State started putting restrictions in place. His previous careers helped get some things in perspective and moving before the world came crashing down. Like every other brewery, his business has been impacted. But listening to him just after the latest unemployment numbers came out, co-host John Holl was struck by how just a little bit of planning and a whole lot of thoughtfulness can help in the short term and then set up better footing in the long run.  Regardless of where your brewery is or what it’s going through now, there are key takeaways from hearing Adam’s perspective and important safeguards breweries can do to help their business for when it comes out of this crisis but before the next one strikes. The brewery’s leaders planned for every possible scenario they could think of, from shutting down the tap room and starting to-go orders. This helped give them a bit of a head start. 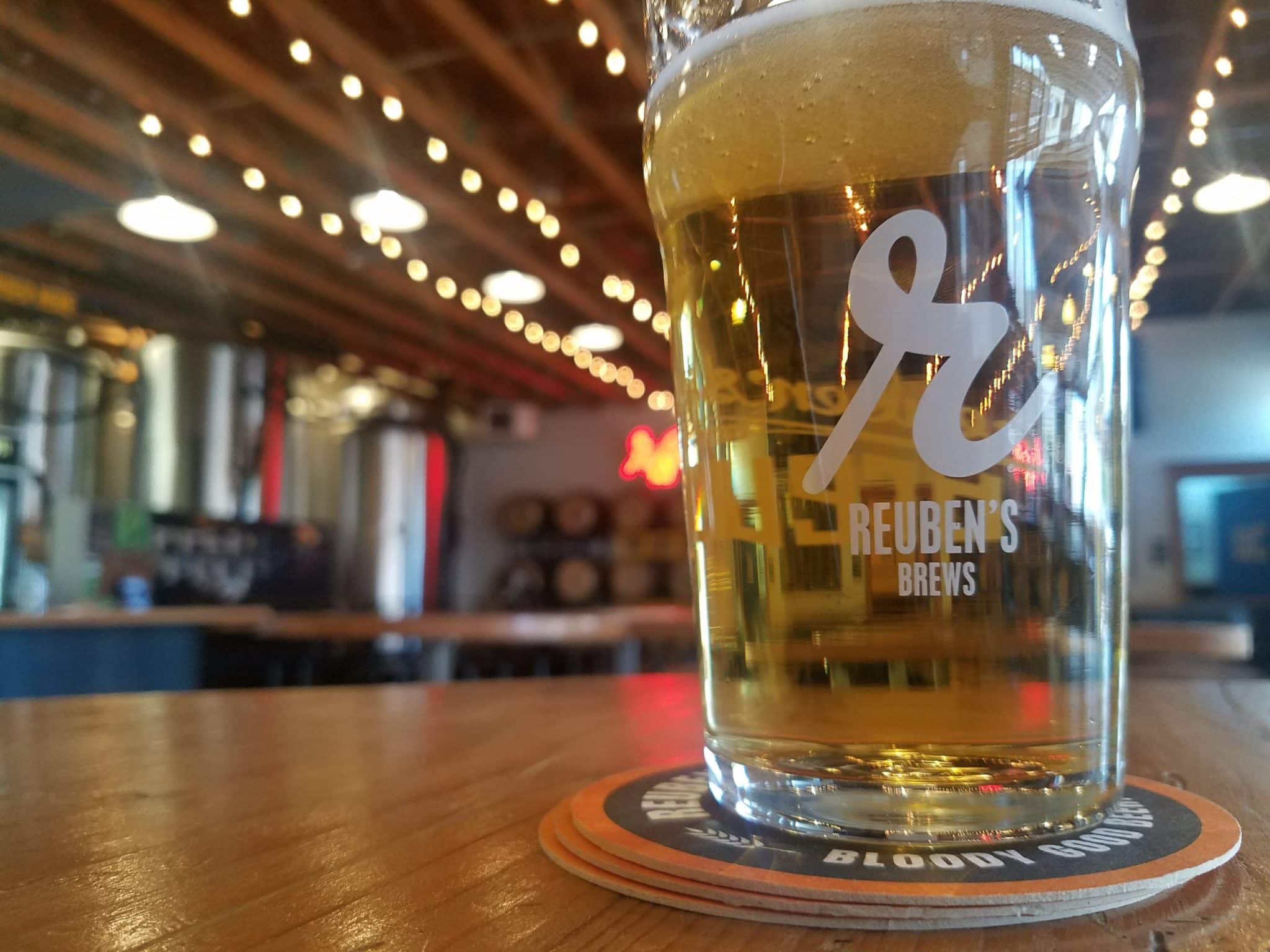 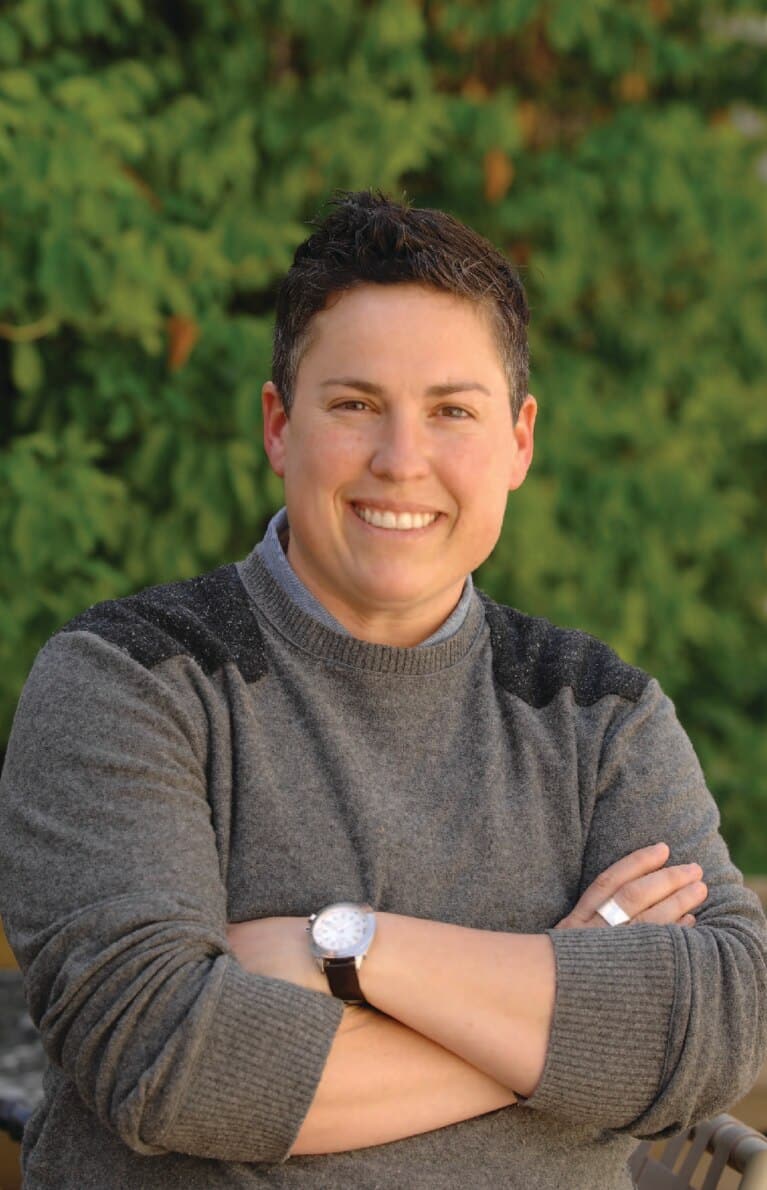 Julie Verratti of Denizens Brewing Company in Maryland has an impressive and multi-faceted background that provides her valuable experience in our current circumstances. An attorney, she has previously worked as a Presidential Management Fellow and senior advisor at the U.S. Small Business Administration, as a political organizer for the Human Rights Campaign, and a former candidate for the lieutenant governship in Maryland. In addition to running Denizens, Julie is also a member of the Board of Directors of the Brewers Association and is the chair of its diversity committee. Verratti is contemplating the long term survivability of an extended shutdown that lasts not weeks but months. In this episode, she discusses the $2 trillion COVID-19 response and relief package, its merits and problems, including the Paycheck Protection Program.

The hardships and challenges continue to mount for beer industry professionals. As lock downs become more stringent, it’s harder for breweries to get beer to their customers. On this episode of the Beer Edge podcast, we examine the fluid nature of change in these unprecedented times. As business plans are being rewritten by the day and long-term plans remain uncertain, breweries are reaching out to the government – local, state, and federal – for relief. We investigate whether small brewers and business owners should take out a low interest or SBA loan during the cash crunch of COVID-19. This episode begins with co-host John Holl talking with Daniel J. Pische, a Senior Vice President at First American Bank, about the Small Business Administration offering low-interest loans to businesses and what that means for breweries. 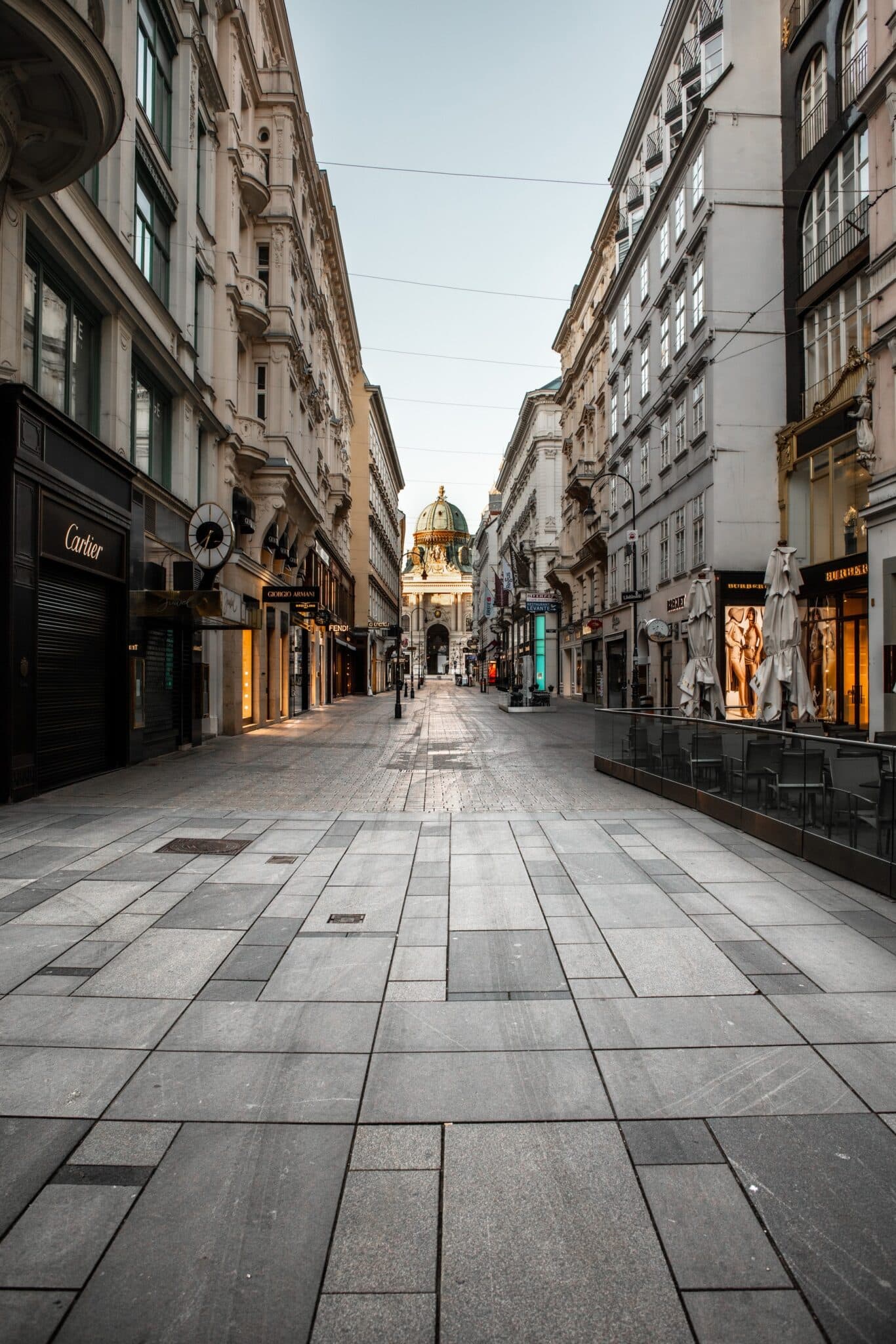 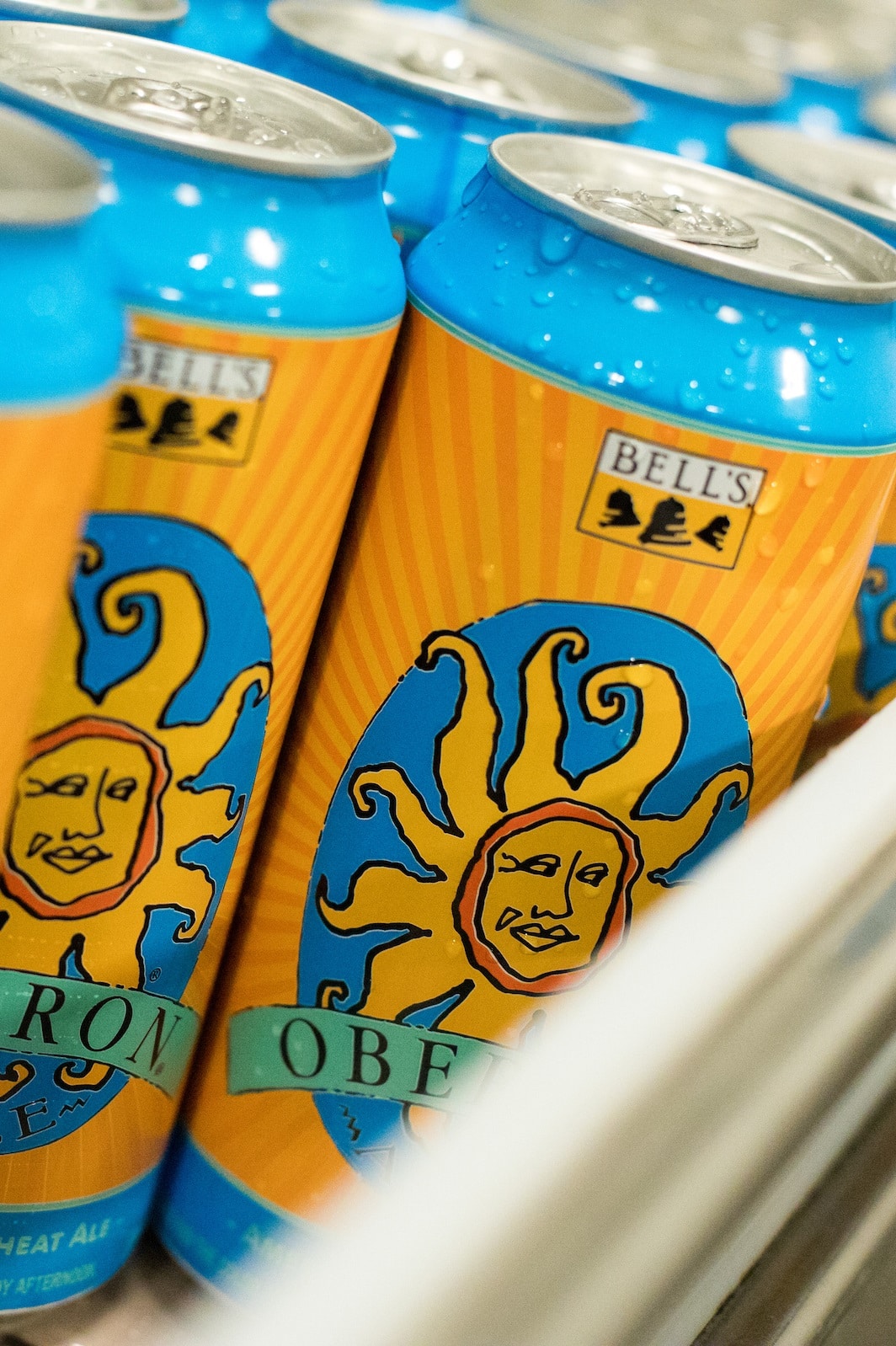 It has been another week of ups and downs in the world of beer. Bars, restaurants, and tap rooms remain near entirely disrupted. They’re mostly closed to the public or trying to cobble together to go or delivery options. And while Washington debates how to handle the current crisis and what relief to offer small business owners, laid off employees continue to struggle. While thousands of small breweries are struggling to stay afloat, a small number of larger breweries are actually poised to maintain their operations or even make gains. This week we talk with Larry Bell, owner and founder of Bell’s Brewery, who is selling a lot of beer off-premise right now. And Andy Crouch reads his newest column from the Beer Edge newsletter.

Across the country, disruption reigns. It’s the stuff of Hollywood movies, a global virus pandemic. Bartenders, servers, barbacks, dishwashers, along with hundreds of other professions had no choice but to report to work in order to provide for their families. Now even that option is gone. Hundreds of thousands of people if not more have been laid off. The service sector is decimated. Bars and restaurants have stripped down to the very bare minimum staff necessary to provide basic services to people. And it’s just the beginning. In this episode, we talk with Max Toste, owner of one of Boston’s best beer bars, Deep Ellum. We also catch up with Doug Veliky, the Chief Financial Officer for Revolution Brewing in Chicago. 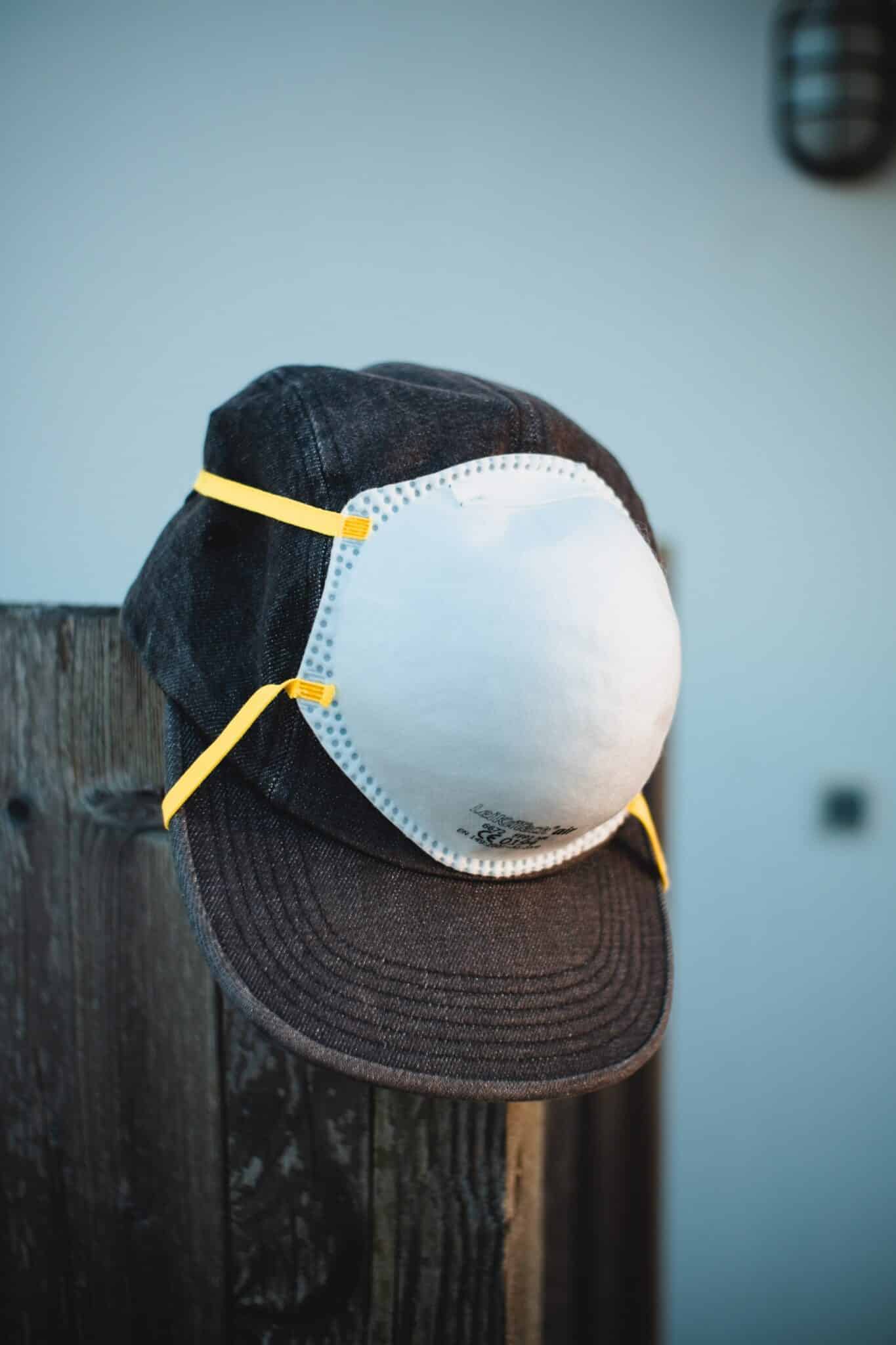 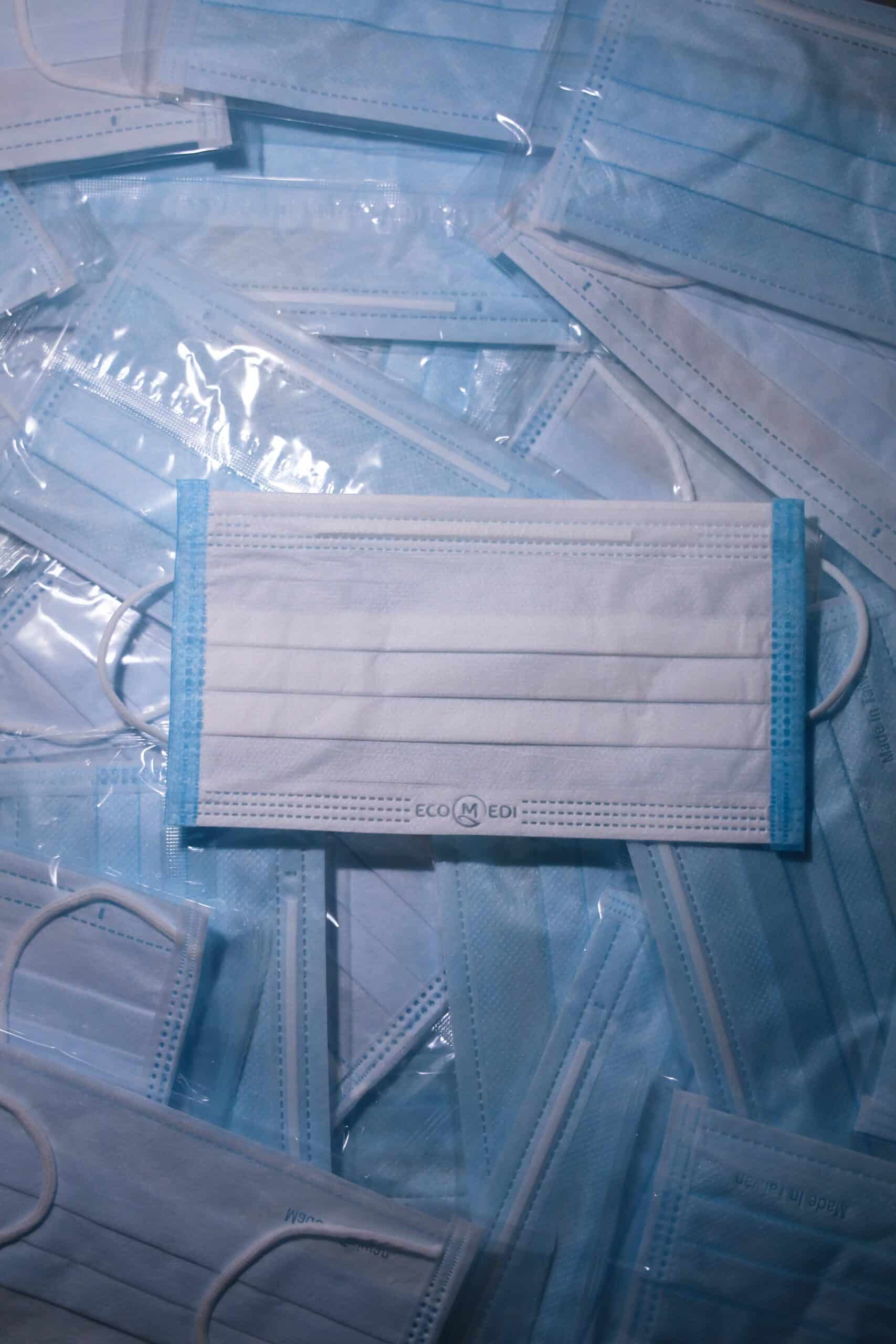 This special edition of Drink Beer, Think Beer talks about the plan for this new Beer Edge Podcast. Breweries are being shut down and prohibited from operating their taprooms. Some are offering to go options to help bring some money in from the lost business. Others have already laid off or furloughed employees. Conferences like the annual Craft Brewers Conference and bi-annual World Beer Cup have been called off for this year. Festivals like Hunahpu’s were canceled. It’s going to get worse. This episode starts with Patrick Rue from The Bruery. Then Andy Crouch chimes in with an interview he did with attorney Michael Boyer. After that the show heads down south to talk with Sean Lilly Wilson of Fullsteam Brewery and then wraps up welcoming back Andy so he and John can talk about what we have planned going forward – not only for this show but for Beer Edge coverage in general.