Publisher and Co-Founder of Beer Edge

When he is not busy defending his title as a Noted Twitter Villain, Andy Crouch is an award-winning freelance writer whose thoughts on beer have been featured in USA TODAY, the Washington Post, and many other publications, podcasts, and media outlets, including National Public Radio’s The Splendid Table. A founding writer for BeerAdvocate Magazine, Andy’s column, Unfiltered, appeared in more than 130 issues of the publication. He is also the author of two books, Great American Craft Beer, published by Running Press, and The Good Beer Guide To New England, published by the University Press of New England. Andy is the publisher of Beer Edge. He is a devoted lager enthusiast and pilsener apologist. He is on Twitter @Beerscribe. 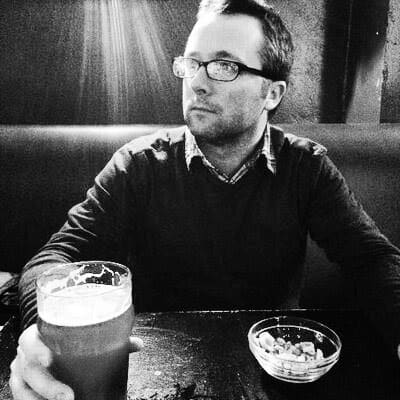 Editor and Co-Founder of Beer Edge

John Holl has been covering the beer industry as a reporter and editor for nearly two decades. He previously worked at All About Beer Magazine and other industry publications  and his work has been featured in the New York Times, Washington Post, Wine Enthusiast and more. He is the author of several books, including the American Craft Beer Cookbook and co-hosts Steal This Beer, a podcast. John is the editor of Beer Edge, the newsletter for beer professionals, and hosts Drink Beer, Think Beer the podcast that gets to the bottom of every pint. He is on Twitter @John_Holl.