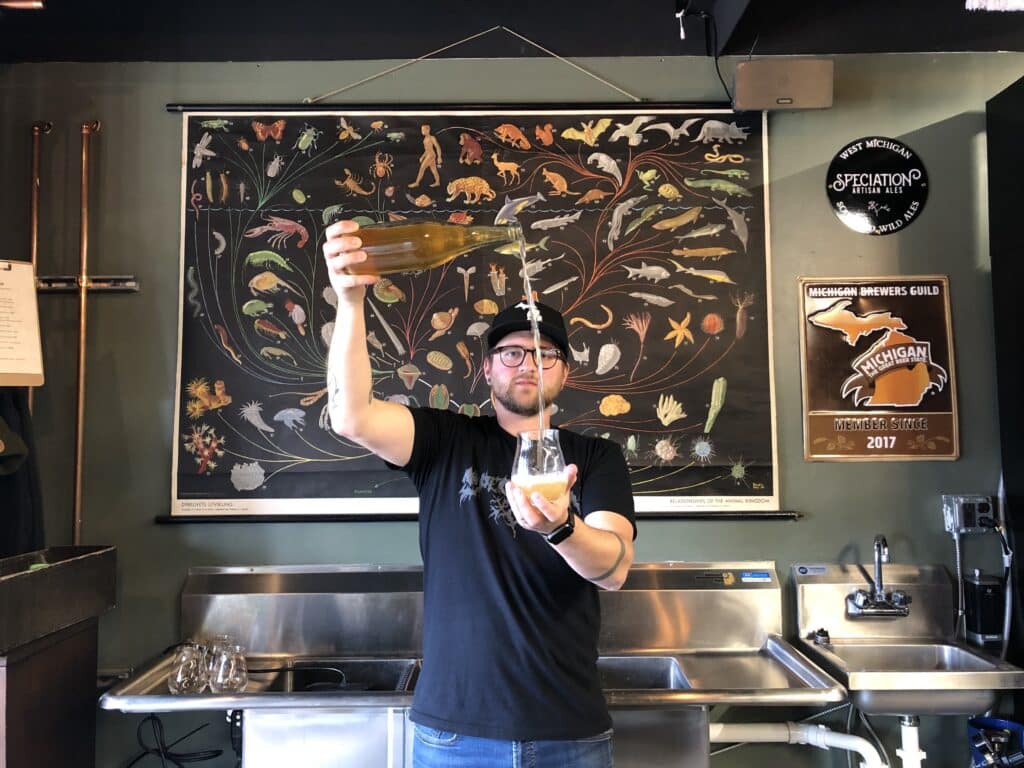 Mitch Ermatinger   A note from John Holl about this week’s episode: “The weather is starting to change for the better here in the northeast and as I look out of the window of the home office I can see the leaves on the trees grow faster by the day, spilling out vibrant green. The neighbors have a bright pink flowering bush across the street, and the birds have returned to the feeder.

While it’s been raining a lot, my thoughts have drifted to the first good day when I can sit outside and open a bottle of beer and just relax, and in that scenario I’ve been thinking about mixed fermentation.

Beers from nature are great when they can be enjoyed in nature, even if it’s just a back yard.

When it comes to finding out what is happening in the world of spontaneous or natural beer, Mitch Ermatinger is who I like to call.
He got started in beer working at a homebrewing supply store in his home town of Grand Rapids Michigan before heading west to Denver where he worked for Black Project, way back when it was known as Former Future.
Inspired by the process, he moved back home and in 2017 opened Speciation Artisan Ales, where he first started on mixed fermentation beers, and then moved into natural wines, and his own twist on hard seltzers.
I’ve known Mitch for a few years now, often seeing him at festivals around the country. Knowing that it might be a while before we’re both in the same place again, I settled for calling him up.
Turns out we’re in a similar situation. We both have young kids, so the best time to talk was during their nap time, which conveniently synced up.
We cover a lot in a short period of time, but I started by asking him on his take of where mixed fermentation brewing in America stands right now.
I hope you enjoy the conversation.”