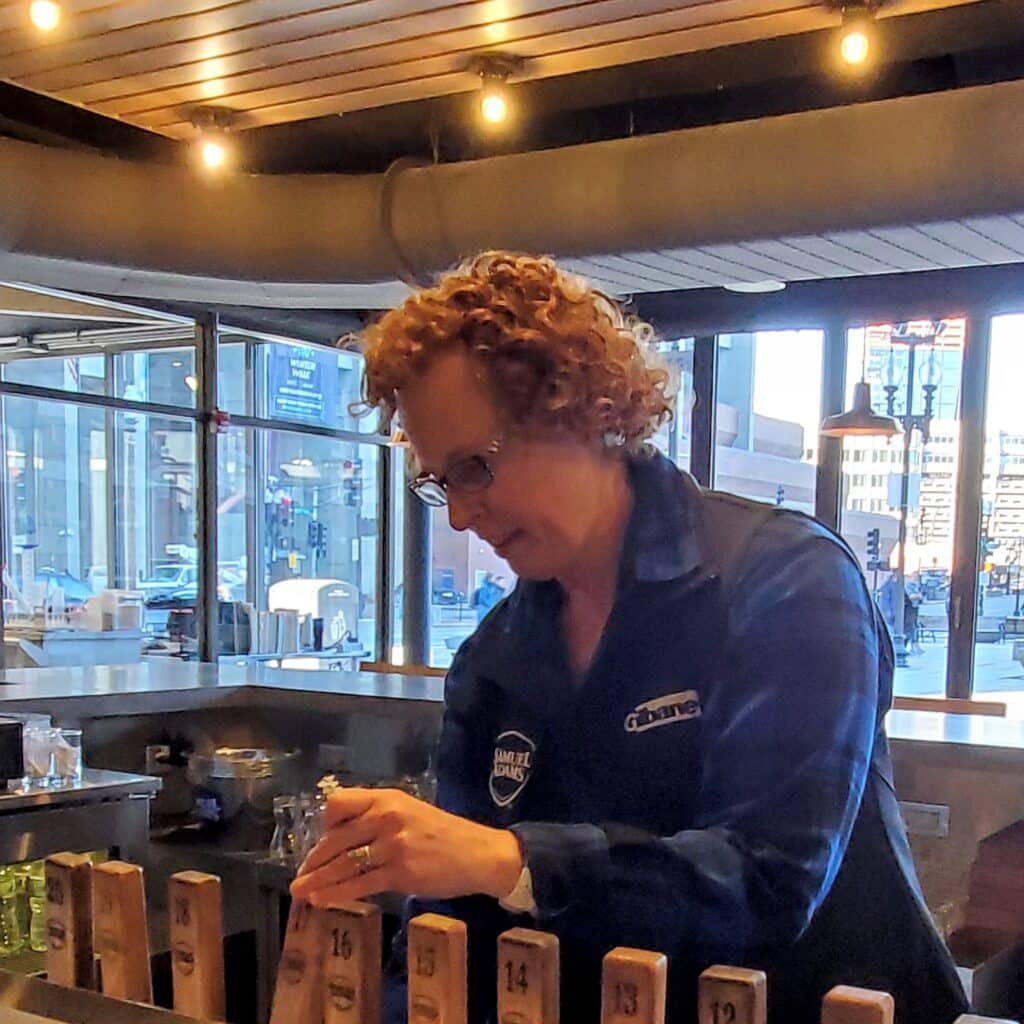 Megan Parisi has been with the Boston Beer Company for several years now, specifically working at the company’s Samuel Adams Boston brewery in Jamaica Plain. While heading up the small brewery there, she was able to experiment and do research and development on all manners of styles including some that wound up getting a full commercial release, including the brewery’s New England IPA. When it came time for Boston Beer to open its new brewery and taproom in Faneuil Hall, Parisi was the obvious brewer for the job. She has had experiencing opening up several breweries from the ground up.