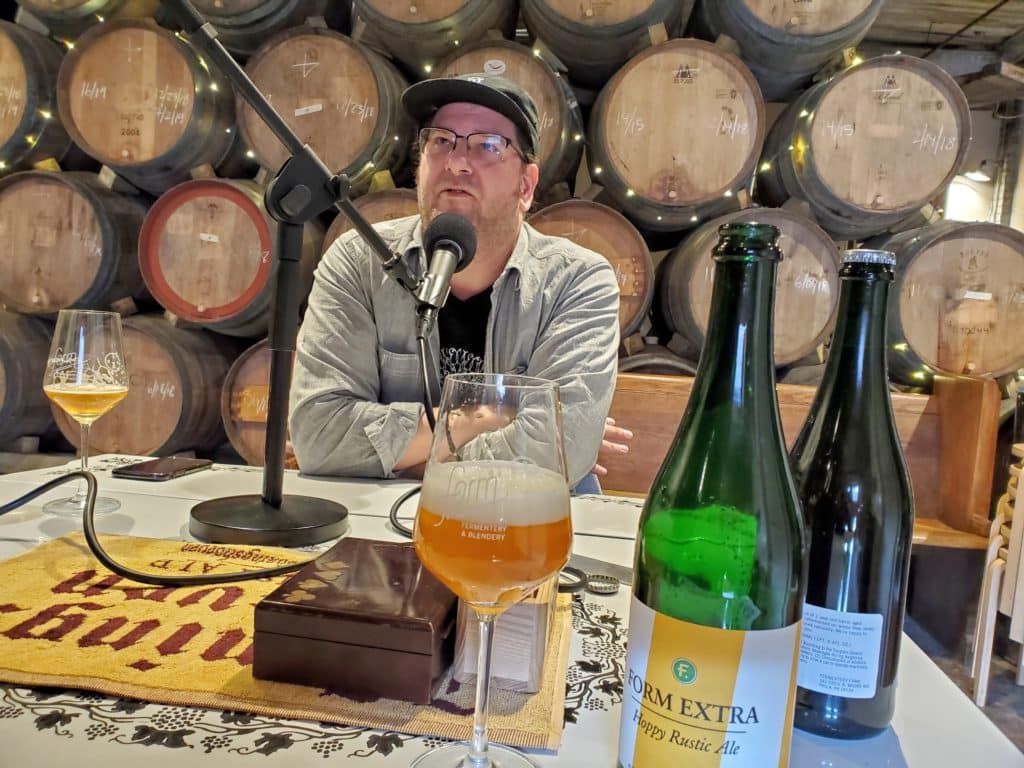 Ethan Tripp was a homebrewer before he went pro, but from an early point in his career he decided that he was going to take his time both with opening his own place (with friends, of course) and the beers he wanted to make.

He wants to make deliberate beers that are rooted in tradition but also isn’t afraid of trying new things or using different ingredients to see how they develop. Time seems to move slowly here at Fermentery Form and that’s by design. Tripp has had to learn patience, and that’s something regular fans of his beer have had to practice as well, since not everything is always available when they might want it. Host John Holl visited the Philadelphia barrel room in late February 2020 and recorded in the blendery’s tiny tasting room well before the world went into isolation. Tripp opened some beers that are dear to his heart and also showcase the real talent he has for creating something special inside a green bottle. It’s not a brewery. That’s important to note. So what is it, you might ask? Holl wondered the same thing and that’s where the conversation started.