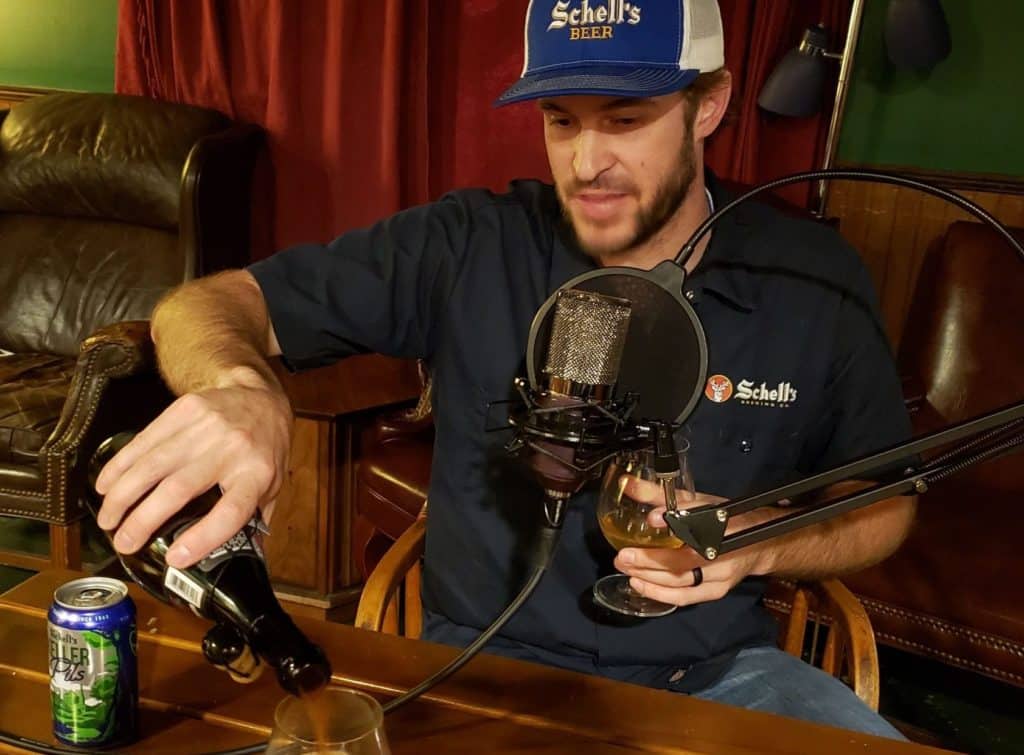 Jace Marti This week our guest on Drink Beer, Think Beer is Jace Marti, the assistant brewmaster at the August Schell Brewing Company in Minnesota. Beer has always been the family business, but rather than follow the status quo, Jace is working to bring the brewery into new arenas, notably wild and wood aged beers through the Starkeller Brewery Noble Star collection. Thanks to some long forgotten equipment – namely foudres – in the brewery’s New Ulm facility that were refurbished and moved to a separate location in town, the brewery that has long been known for bocks and adjunct lagers is now gaining acclaim for vibrant ales with fruit additions and great depth. Bringing change to a brewery that has been around for 160 years isn’t easy – both for the company itself and for customer perception, but adaptation is key to survival and growth these days, something Jace knows well. As the brewery prepares to transition leadership to a new generation of the family, Jace sat down with host John Holl in Denver just before the Great American Beer Festival to talk about what comes next. While it may seem like an obvious question, Holl wanted an answer, so he started off asking this 6th generation brewer if his destiny was sealed even before he could walk.