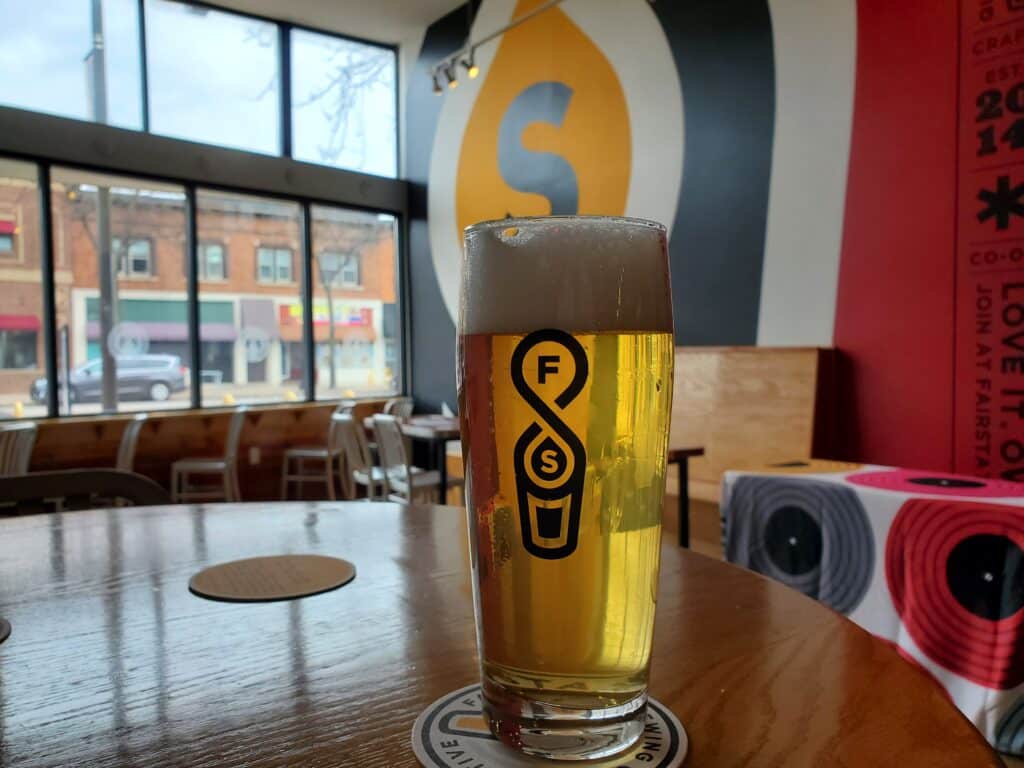 “They say that beer brings people together, and that was certainly evident last week in Minneapolis as much of the brewing world gathered for the Craft Brewers Conference and it seems that at some point or another everyone made the trip to Fair State Brewing Cooperative.
I was among them, and had the chance to sit down with co-founders Niko Tonks and Evan Sallee.
From the beginning, as the brewery name suggests, the pair along with other co-founder Matt Hauck, wanted consumers to be involved with the business. Not just funding, but with meaningful feedback.
Fitting that their plan came together at Black Star, another brewery co-op in Austin, and when the doors opened here in 2014 they became the first in Minnesota to follow the model and only the third in the nation.
Now with more than 2,000 members the brewery is hitting a stride. It has been shaped by the pandemic, of course, but the time of COVID has helped Evan and Niko dial in the business, focus more deeply on recipes and really think about the future.
We recorded this in the taproom over a pitcher of pilsner and get into many aspects of the business, and the emerging interest in non-alcoholic beers, including one they had on their taproom menu and that I thoroughly enjoyed.”

-John Holl
This episode is sponsored by:
Cigar City Brewing Co.
Check out Fancy Papers from Cigar City Brewing. With aromas of freshly cut grass and tangerine along with white wine grape and bread-like aromas, this Hazy IPA has flavors of guava, melon, and lime leaf. Brewed with Strata, Sabro, and Idaho 7 hops to draw in lovers of fruit-forward Hazy IPAs, get some today where you buy beer and learn more at cigar city brewing. com Learn more at Cigar City Brewing.com