“Lagers continue to get the love in the craft beer space and this week I’m glad to have Dana Henion on the show. She is the co-founder, co-owner and brewer at Van Henion Brewing, a new operation that opened in a brewery space that was previously occupied by Boneyard Brewing in Bend, Oregon.
She runs the brewery with her husband Mark and long time friend and colleague John Van Duzer. Together they say it’s a combined 65+ years of brewing experience at some of the state’s better known breweries.

This includes Oakshire, Deschutes, Ninkasi, and the aforementioned Boneyard.
Similar to just about everyone else, the last two years have been difficult, but ultimately the pandemic, which led to Boneyard merging with Deschutes and the availability of their production space led to the trio being able to chase their dream and open their own spot.

They say it’ll be a lager brewery, and started brewing and distributing earlier this year, but Henion also says they will introduce other beers from time to time, following a model of balancing consumer demands and wants along with brewer passions.
From building out a taproom and seeing the warning signs of burnout, to how the brewing community has evolved but still seems tight-knit, we cover a lot in a short period of time.”
-John Holl
This episode is sponsored by: 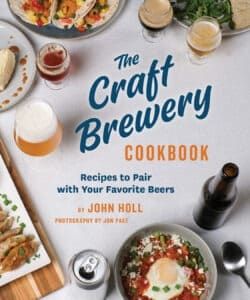