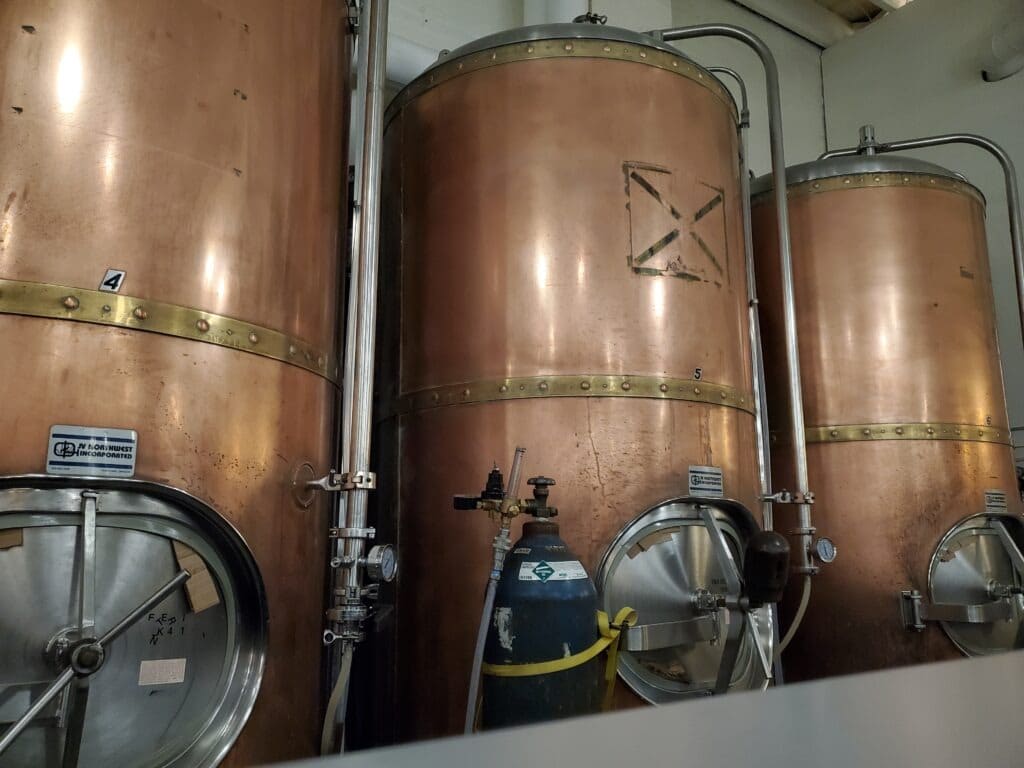 Show notes from John Holl:
“If you’ve been listening to this show as well as Steal This Beer over the last few weeks there’s been a focus in and around the Rochester, New York area breweries.
Rochester is of course well known for Genesee Beer, but over the last decade has emerged as a craft beer destination, fueled by small breweries who are paying careful attention to recipes, integrating into the local fabric through art and music, and giving chefs a chance to shine in the kitchens.
Among the many bright spots of the city’s beer scene is Strangebird.
It opened in January 2021 inside a sprawling yet solid building that once held a food co-op and immediately impresses with its well designed taproom, barrel aging space, and impactful kitchen.
Micah Krichinsky is a founder and brewer. He’s a student of biochemistry and microbiology and a graduate of the Master Brewer’s Program at the University of California at Davis. His career before Rochester had him at Capitol City Brewing in Washington, D.C. and then later at at Dogfish Head in Delaware, where he spent five years.
Eric Salazar is the brewery’s Director of Wood Aged Beers. His career started back in the 1990s at New Belgium Brewing Co. where, as you’ll hear, he learned to work with barrels and to trust and respect microbes.
Both of the brewers found their way to Rochester by way of their significant others, and are not only putting down family roots in the city but also long-term plans for the brewery and fostering the local beer scene.
They spoke with me from the bar where they were happily popping bottles, and I started off by asking about lessons learned from working at older breweries and the benefit of having nearly full careers before starting something of their own.”
This episode is sponsored by:

Stomp Stickers is a proud member of the Brewers Association that produces a wide variety of printed brewery products such as beer labels, keg collars, coasters, beer boxes and much more. Stomp’s website features an easy-to-use design tool, low quantity orders, fast turn times, and free domestic shipping. Visit StompStickers.com and use code CRAFTBEER15 for 15% off your first order.