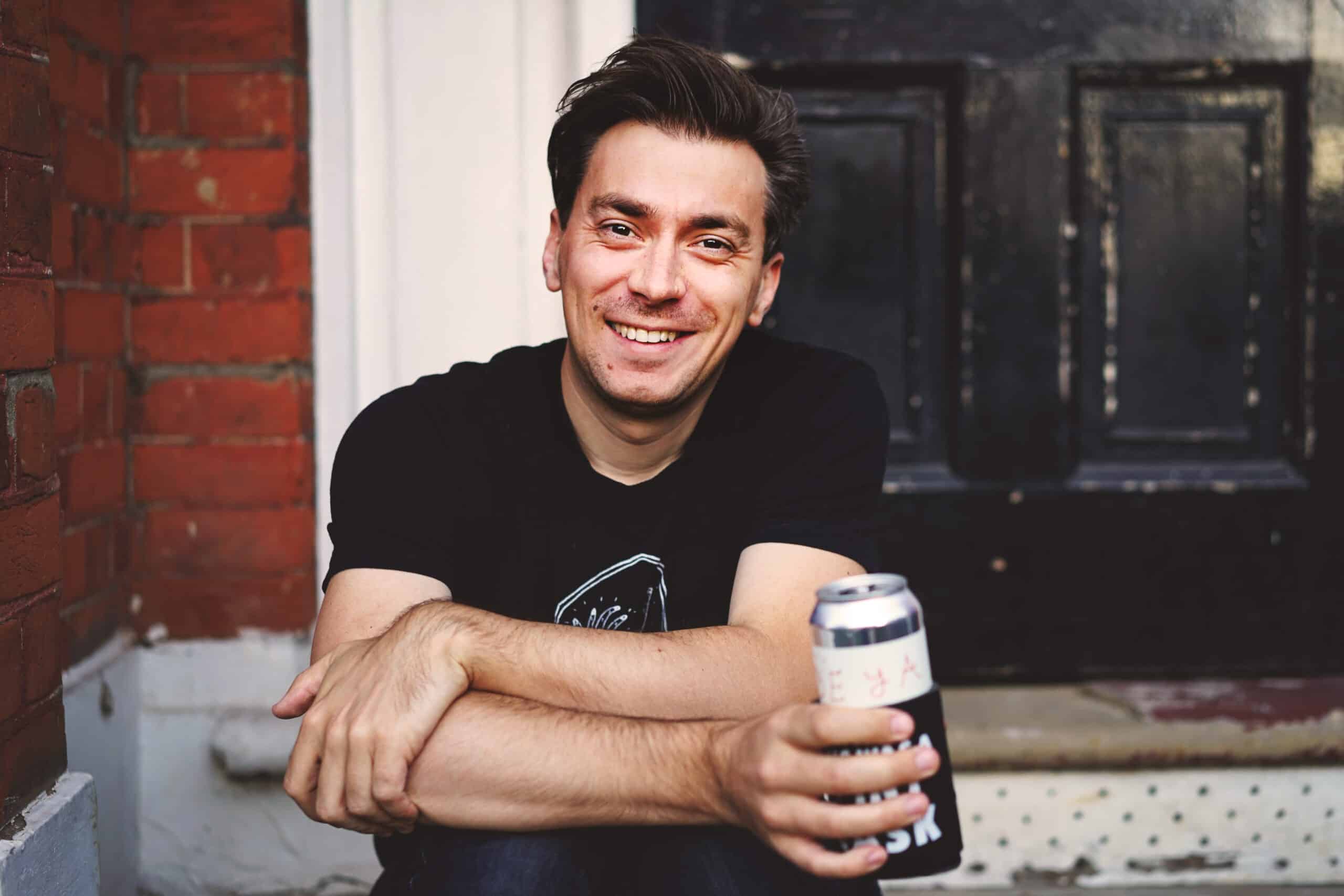 One of the best parts of covering the craft beer industry for a while is experiencing new voices. Perspectives tend to harden over time and without the addition of new blood, they can calcify and begin to become immovable. And the industry so often feels like a singular experience, one that speaks with a too uniform voice that serves as so much retread.
Matthew Curtis stands in the middle of all of this. He started writing about beer long enough ago that he has seen a few things. But he’s also not so deep in the game that he can’t see the value of supporting new voices. He started as a blogger, working on his voice and technique. He eventually parlayed that into some freelance work, including at Good Beer Hunting, where I first recall encountering his writing. He added photography to his portfolio of talents and adorned his well crafted pieces with striking photos of their subjects. His photos imbue substantial character into the tiniest of subjects, a clamp or hose in a brewery cellar, the way light lands on a dusty barrel filled with wild ale.
After deciding to turn his freelance hobby into a full time gig, Matt did what I wish so many others would do. He picked his head up, looked around, and plotted an intentional path forward. He wasn’t happy writing the same old pieces for the same old publications. He wanted to express himself in new ways, new formats, and to give others the opportunity to discover and amplify their own voices.
So in 2019, Matt founded the online drinks, food, and travel site Pellicle with co-founder and brewer Jonny Hamilton. Based in the UK, Matt and Johnny had a clear vision of what they wanted to capture in the worlds of beer, cider, wine, and food among other subjects. The central directional principle behind Pellicle is one that is often absent from so much similarly focused writing: finding joy with the cultures they cover. Over time, Pellicle has evolved into a website delivering weekly in-depth dives into people, places, and drinks, an occasional podcast of the same name, one that delightfully meanders between interviews and long monologues of Matt’s own thinking, and occasional events. All told, they aim to capture the “joie de vivre we so often find within our favourite cultures. This might be at a favourite bar or restaurant, adjacent to a steaming brewhouse, or within an orchard or vineyard. At Pellicle, we hope to take you there with us.”
As you’ll hear me say during the interview, which we’ll present to you in two parts, I have been a Patreon subscriber of Pellicle for some time and I’d encourage others to do so as well. I support beer media and believe there should be dozens more publications bringing great beer content to a thirsty world.
Pellicle remains a shining example of what can happen when two people get together with a vision and help enlist and raise up others in support of their collective mission.
In our discussion, which we conducted over a long Zoom call, Matt and I discuss his back story, how he developed a love of beer while visiting his ex-pat father who now lives in the United States, and we delve further into the work at Pellicle. We also discuss one of my favorite recent pieces of beer writing, his long and lovely profile of Dann Paquette and Martha Holley, once of Pretty Things Beer and Ale Project here in Boston and now of St. Mars of the Desert in Sheffield, England.
This episode is sponsored by: