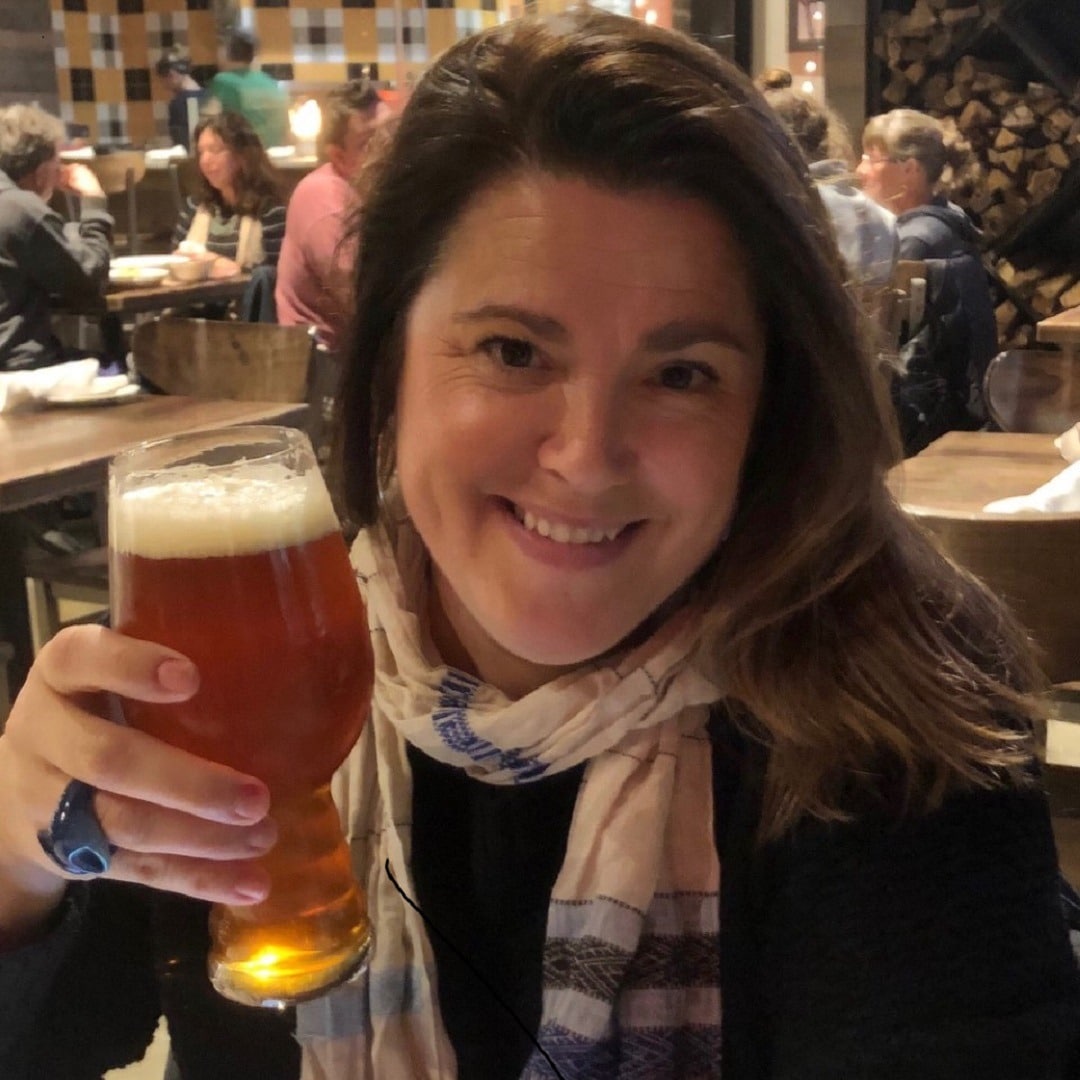 26 years is a long time to run a business, let alone one with your spouse.
When my guest today first met her future husband, they were 16 years old and attending the same high school in Massachusetts. He would soon be booted out of that school but their relationship remained strong. When years later he floated the idea of opening a brewery, the two would help build the brewery together.
The story of Dogfish Head is one we’ve heard many times before, often told by its very familiar co-founder and front man, Sam Calagione. But it is his partner, the less public face of the business, Mariah Calagione, who deserves a lot of credit for Dogfish Head’s success. As she writes in the brewery’s new book, “Sam often calls himself Dogfish Head’s analog storyteller and often refers to me as our digital storyteller. He’s the extroverted storyteller in front of the audience or at the event. I’ve been the introverted storyteller, behind the screen and the camera lens.” As Mariah goes on to note, the dynamic works and helped shape Dogfish into the powerhouse it is today.
After high school, Mariah went on to Brown University where she studied public policy with a focus on its interplay with the media. After school, Mariah went to work for a local television station, working on the assignment desk and doing a variety of tasks. For her, it was taking up the family business as her father Tom owned a TV station and some radio stations in Delaware.
For his part, Sam was trying to become a writer or a teacher. But by the end of college, his passion for beer and brewing took over. After some back and forth, the couple eventually settled on opening up shop in Mariah’s home state of Delaware, specifically Rehoboth Beach.
And when Mariah joined Dogfish full time in 1997, she thought her marketing background would come in handy. Instead, she should’ve taken business administration classes. She took care of the accounting and payroll, none of which she had experience in.
But that’s how it is for small family run businesses. You end up doing everything. And one of the things it turns out she excels at is crafting a message for Dogfish Head’s social media channels. She’ll tell us about the early days of her online experiences at Dogfish, why fans of the brand kept setting up and giving them Dogfish Head accounts, and how to deal with the ups and downs that come with the job. We also talk about her new role as Social Impact Leader at Boston Beer, how the new Dogfish Head Book, 26 Years of Off-centered Adventures came to be, and what the future holds for both her and Sam.
This episode is sponsored by: