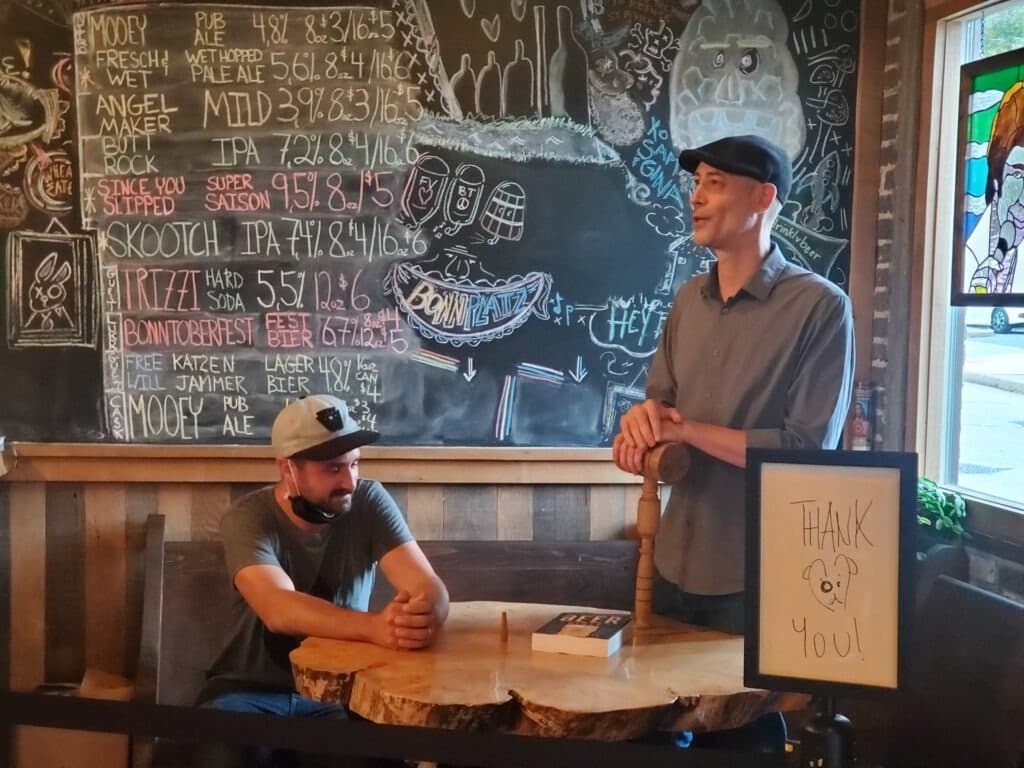 I first met Jeff Alworth in the comments section of his blog, Beervana. A decade ago I had written an article for a newspaper and Alworth had thoughts and took the piece to task. He was wrong, of course, so like any keyboard warrior, I logged on and defended my digital honor. We became friends shortly after.
If you are interested in beer, you likely know Alworth. He’s internationally respected writer and authority on beer.  He has a deep respect for beer styles, history, tradition, and craftsmanship.
The first addition of the beer bible has sold over 125,000 copies and the second edition, according to workman, the publisher is “the most comprehensive guide to the world of beer, with everything you need to know about what to drink, where, when and why.”
Alworth is author of the Beervana Blog, the The Widmer Way (Ooligan), The Secrets of Master Brewers (Storey), and Cider Made Simple. He is co-host of the Beervana Podcast.  Alworth hails from Portland, Oregon and as he began national book tour to support the new book he spent a few days in New Jersey, staying at my house. You should check out the podcasts he did with Steal This Beer as well as Beer Massif at two book signings for additional context.
With this go around, recorded in my backyard- neighbor’s leaf blowers and all – I tried to cover new ground, but mostly just wound up having an enjoyable chat with an old friend.”
This episode is sponsored by: