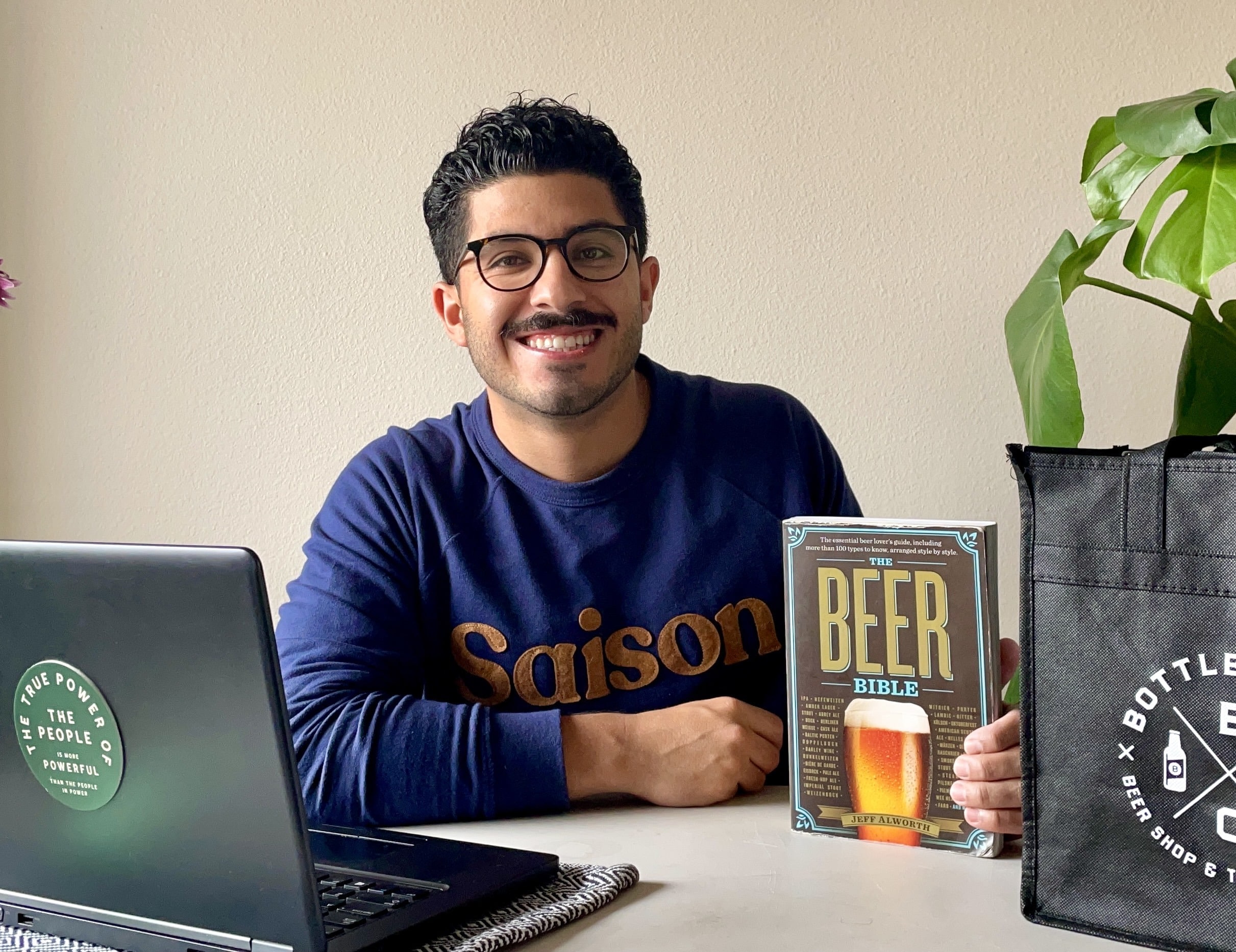 My guest today is Chris Leguizamon, a beer educator and marketer living and working in San Diego and one of the new voices of craft beer. Chris has worked at several of southern California’s top breweries, including Stone Brewing and Alesmith, as a tour guide and brand ambassador. From his earliest work in the industry, Chris recognized the importance of education, both for himself and for visitors taking his tours. He has honed his approach to beer education tour by tour, helping to engage with his audience. And he’s pretty good at it. Or at least his girlfriend must think so. They met on one of his tours.

San Diego is one of those beer cities that has incredible significance in the history of American craft beer. Heavyweights such as Stone, Port Brewing, the Lost Abbey, Alesmith, and others helped define what beer could be. But beer drinkers are a fickle lot and many of these OG breweries are struggling to redefine themselves in the new world of craft beer. Staying relevant isn’t easy, especially when you’ve been in the game a while. And while these folks try to figure out whether dry, bitter West Coast IPAs have any place in our new hazy world order, the undeniably positive side to all of this is all of the new voices we’re getting to hear from.
For Chris, beer education is the key to keeping the audience engaged.
Chris uses his popular Instagram account (chris.thebeereducator) to promote knowledge about craft beer and to deepen connections to beer. Education is core to Chris’s beer identity, both personally and professionally. Through his hard work he’s even managed to achieve the Advanced Cicerone designation after studying on bus rides to his beer job.
When the pandemic hit, Chris had to figure out how to migrate his beer education efforts, which had largely relied on tangible and in person events, to a new reality of learning at a distance. With the blessing and support of his employer, Pure Project, Chris took to hosting Instagram Live events and started a Virtual Book Club. Focused on taking his audience through beer writer Jeff Alworth’s The Beer Bible, Chris teamed up with a local beer store, Bottlecraft, to curate a monthly six-pack to accompany each episode of his book club. He also worked with Alworth’s publisher, Workman, to provide e-copies of the book to his audience at a discount.
His education efforts are engaging, interesting, and creative, just the kind of energy that craft beer needs to sustain itself in an uncertain future.
In our conversation, Chris and I discuss his beer education efforts, his success on social media, how he manages to avoid burning out when things get tough, and what makes a good tour guide. I start Chris out with a tough question and it leads to a loooooong pause in his response and some confusion.
This episode is sponsored by:

The best brewmasters are obsessed with creating a high quality, consistent product. That means reducing mash viscosity for better wort separation and increasing brewhouse efficiency. UltraFlo Max® from Novozymes helps you achieve both. It is time to Brew With Enzymes! Increase your brewhouse efficiency and achieve faster filtration today with UltraFlo Max®. Order a free sample today at www.brewingwithenzymes.com/beeredge.