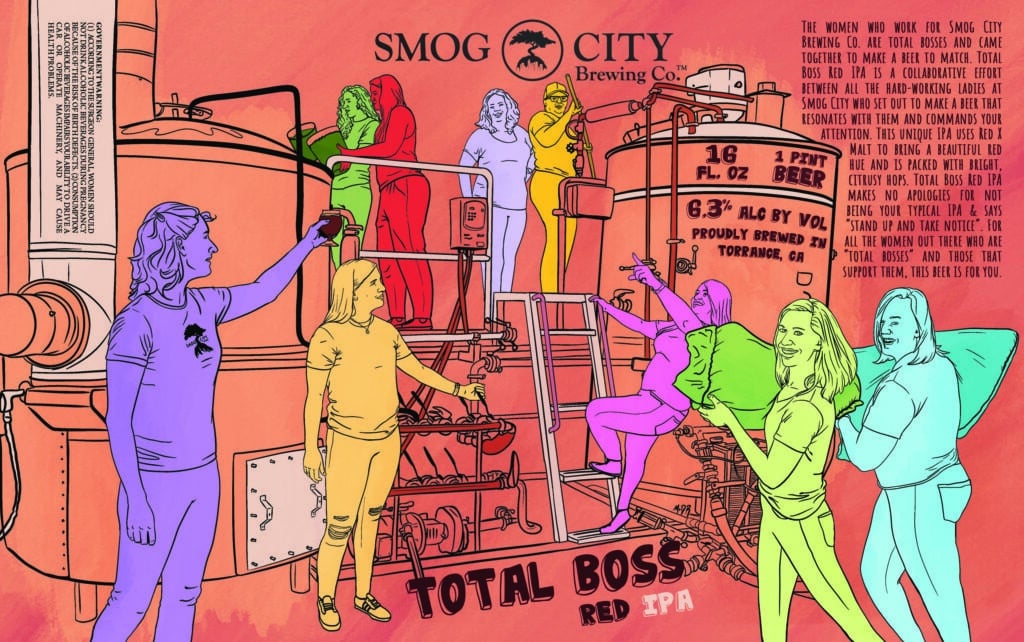 Show notes from John Holl: As we’ve talked about on the show in the past, there are serious conversations and allegations happening in the beer industry, specifically, these days, around the treatment of women. Sadly, many of these stories are not new, but a lot of them have not been publicly talked about, until a few weeks ago when women started sharing their stories on social media.
There’s been a lot of talk, hopefully a lot of listening, some changes, and work towards meaningful action.
Laurie Porter is my guest this week. She’s the co-founder of Smog City, a brewery with several locations in Southern California that has helped shaped the Los Angeles Beer Scene over the last decade. She’s on brewing industry advisory boards and guilds, and has focused, in her words, on every aspect of her company except the brewing.
But this week Smog City is set to release Total Boss, a red IPA made by the women of the brewery to spark a conversation about misogyny, sexism, assault, and more happening in the beer space.
Porter has spent a lot of time thinking about this and from the brewery’s beginning has tried to focus efforts to make Smog City a safe place and one where people are happy to work and feel like they can do their jobs without fear.
Still, these last few weeks have gotten her thinking about where things are, where they were, and where they can be.”
This Episode is sponsored by:
This episode is sponsored by:

Briess is the leading supplier of specialty malt to craft brewers.  They offer the broadest product line in the industry, including a wide range of roasted malts that add flavor, color, and character to beer.  Their experienced operators handcraft every batch of roasted malt to ensure the product you get is consistent.  Check out BrewingwithBriess.com for beer recipes using roasted malt.

The brewery is  guided by five pillars – Excellence, Authenticity, Fun, Community and Innovation. These values are represented in their product quality, work culture, guest experience and charitable giving. The SIP, their Social Impact Program, is the Lawson’s Finest way of building impactful connections and strengthening our communities while creating memorable experiences.