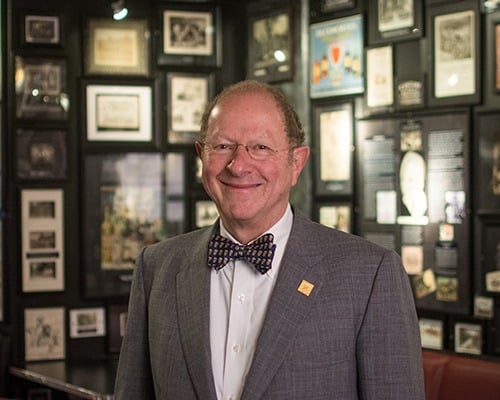 Any beer lover that has been to Seattle over the last three decades has likely stopped into The Pike Brewing Company. Near the iconic market of the same name, the brewery was founded by Charles and Rose Ann Finkel in 1989.

Charles and Rose Ann helped shape the way beer is perceived herein the United states, starting with their import company, Merchant Du Vin in the 1970s.

The company has been through a lot in its 30 plus years, and while looking forward, Charles also uses history as a guide. In this interview, recorded over zoom, he talks about the evolution of the brewery, how he approaches beer and food pairings, the importance of local, and shares insight into being an owner, and what the future holds for this iconic brand.

Covid impacted the brewery, of course, and this episode starts there, but this year also was his first without Rose Ann, who died nearly a year ago. The two were inseparatable and a constant presence, side by side at the brewery, at tastings, events, conferences and more. Her presence is felt in his words in his conversation.
This episode is sponsored by:

At Athletic Brewing Company their innovative process allows them to brew great-tasting craft beer without the alcohol. From IPAs to stouts to golden ales and more, they offer a full selection of beers starting at only 50 calories. Now you can keep your head clear and enjoy the refreshing taste of beer anytime, anywhere. Place an order today at athleticbrewing.com and get free shipping on two six-packs or more.