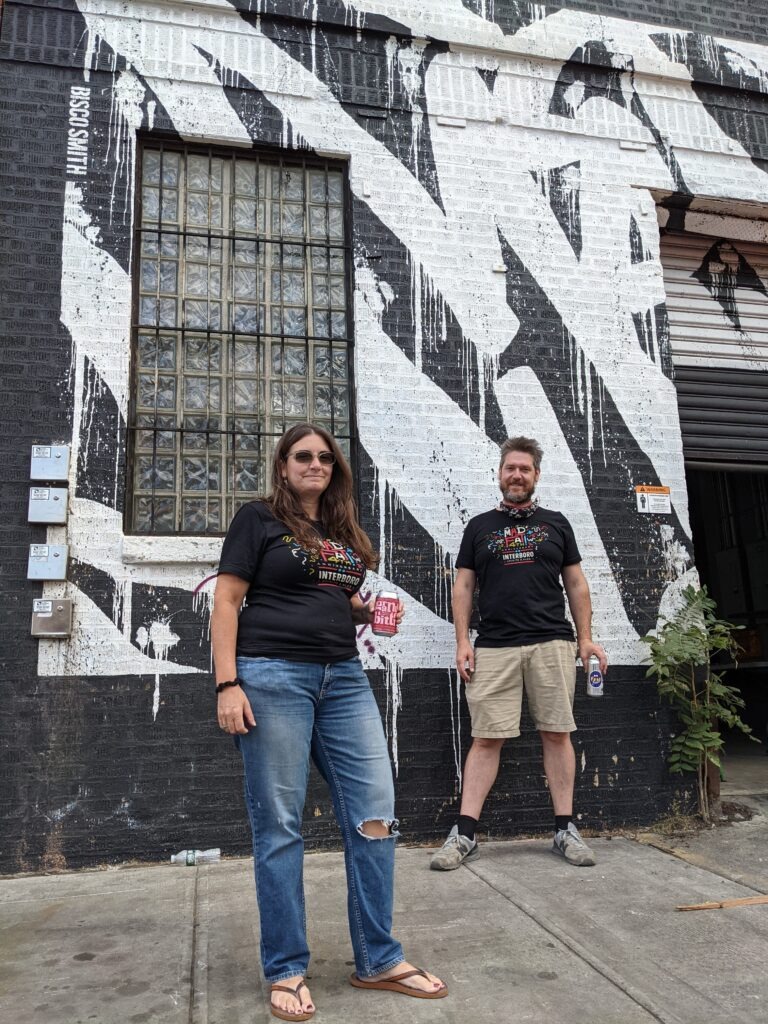 As mentioned briefly last week, Brienne Allen of Notch Brewing has been sharing stories of women in the beer industry. So far hundreds of women have come forward with stories of abuse, harassment, and worse by men in and around the brewing industry.
Among the news and the announcement was a statement from Laura Dierks the founder of Interboro Spirits & Ales in Brooklyn, New York. In a signed note she said the  brewery was postponing their upcoming Pils City festival because two breweries that have come under fire had been invited to participate.
“We cannot stand aside when some colleagues are physically or emotionally unsafe, feel unsafe or not respected for their intellectual contributions in our community, regardless of who they are externally,” she wrote.
Dierks and Jesse Furguson founded the brewery in 2016, and have turned into one of the most respected and inventive breweries in New York. Known for their beers, the company’s spirits program is also known for great recipes as well, including a canned gin and tonic cocktail. A whisky will soon be released.
Dierks has been speaking out on social media about the treatment of women in the industry. This is a difficult subject that can’t be ignored and she offers up her own experiences and how the brewery is looking to be a leader in the space going forward.
She spoke to the show via Zoom from Brooklyn.
This episode is sponsored by:

Briess is the original craft maltster, and currently offers the broadest product line in the industry. Briess’ barley is grown in the Bighorn Basin of Wyoming and Montana, where warm days, cool nights, and floodwater irrigation yield some of the highest quality barley in the U.S.