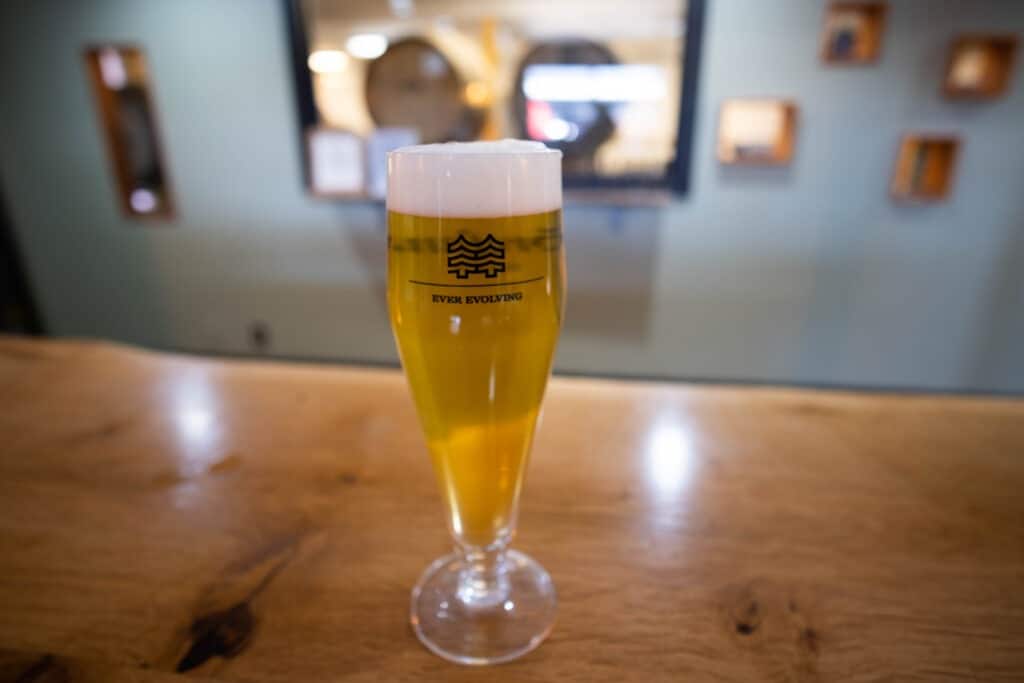 From the time he started as a professional brewer Sean Burke has been on the brewing deck spearheading some of Portland Oregon’s best and exciting breweries, including The Commons and Von Ebert Brewing Co.
He made headlines last summer when he announced that he was heading out to open his own brewery, in McMinnville, Oregon that would eventually become known as ForeLand Beer. It opened in the pandemic but Burke has used his experience to guide the business and his team. He sees a little bit of hope on the horizon for this brewery that has repeatedly had to adapt before its doors even opened.

In a little country far down in the Pacific, you’ll find a cooperative of Master Growers, whose legend and cultivars have been crafted for over 150 years, with creativity and passion, to produce some of the world’s finest hops.
This is NZ Hops. The industry originated in 1843 not long after the early settlers arrived from England. Years of partnership with a dedicated hop breeding programme, and farming knowledge handed down through the generations, sees the current day Master Growers proudly providing 18 unique New Zealand hop varieties to the world.
Source Brewing Co.
Source Brewing is looking to award a diversity and inclusion scholarship to a candidate from a diverse background who may otherwise underrepresented in the craft brewing industry. The recipient of the scholarship will have the opportunity to take the  Siebel Concise Course in Brewing Technology and possibly receive a paid internship at the brewery. Send an email expressing your interest in the scholarship to [email protected] or to seek additional information.
Rare Beer Club

While many beer clubs are great for gifting beer, The Rare Beer Club is especially suited for beer enthusiasts and brewers looking for access to rare, and often exclusive craft beers.

They’ve stood the test of time since 1994, in large part due to their commitment to quality.  Once curated by The Beer Hunter himself, Michael Jackson, the club prides itself in living up to Michael’s reputation.  I can vouch for them here.  They’ve sampled me some pretty cool stuff over the years including Le Epouvantial, an oak-aged saison from Jolly Pumpkin created exclusively for club members.

Their Personalized shipment program allow you to customize each shipment and skip beers you don’t want to get.

Get 50% off your first shipment when you sign up for an open-ended ongoing membership at beermonthclub.com and use promo code: DrinkRareBeer. (2 shipment minimum).