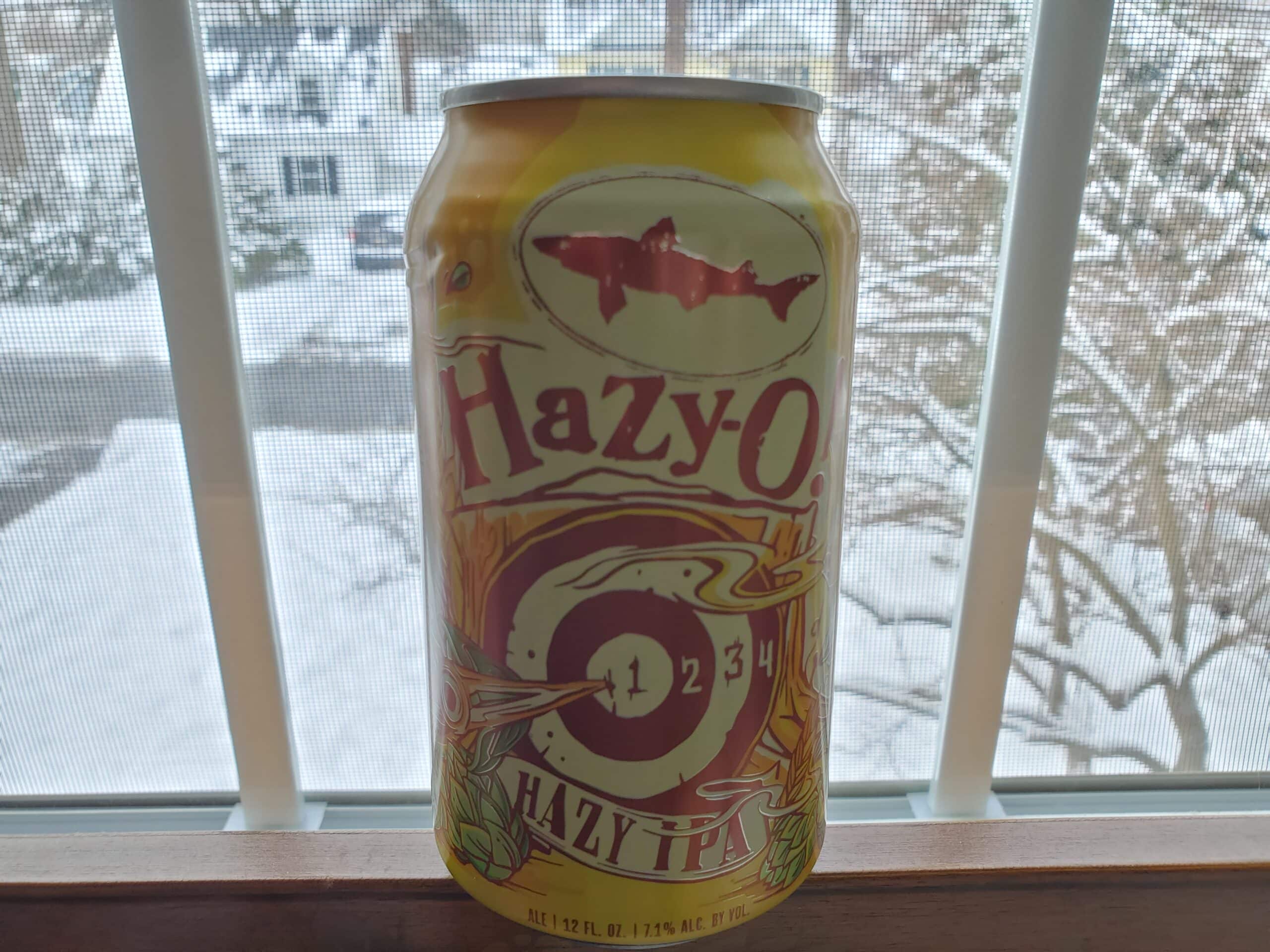 During a Super Bowl commercial break last week viewers were bemused by an advertisement featuring an oat milk company CEO, in the middle of a field, singing a ditty about his company’s product. It was head scratching but garnered some attention.

So, it seemed appropriate when a few days later, just a minute into an interview with this reporter to talk about the brewery’s new Hazy-O, an IPA brewed with oat milk, Dogfish Head founder Sam Calagione busted out a little ditty of his own.

To no particular melody the tune included these lyrics:

We’re hanging out at the virtual mall.

We’re not shopping at Hot Topic, we’re just talking about an IPA that defines all logic.

Clearly there’s a correlation between oat milk and music. That’s a thread to pull on another time.

Calagione was in Boston, he said, a day after a Boston Beer Company board meeting, and making various media calls and holding Zoom hangouts to talk about the brewery’s latest hop-forward creation, one that very much has the brewery’s creative DNA and also slakes the thirst of today’s modern beer consumer looking for all things hazy.

Hazy-O joins the brewery’s core lineup that includes 60 Minute IPA, Slightly Mighty, and SeaQuench, and the idea, Calagione says, for an oat milk infused India pale ale came one day when he was at a fancy coffee shop talking to a “tattooed” barista who extolled the virtues of oat milk over other dairy alternatives, such as almond milk.

The brewery looked into it some more, found a partner in New York-based Elmhurst 1925, and added oat milk to a recipe (although he declined to say where in the process) along with malted oats, rolled oats, and naked oats. It contains all of the familiar citrus and tropical-forward hop aromas and flavors (from eight different varieties) one expects from the style and a well masked 7.1% ABV. Where others in the hazy arena have a hop burn quality to them, this particular IPA is decidedly smooth both in mouthfeel and general perception.

“We feel that this can be a major part of our portfolio,” Calagione says. It is also line priced with the other core brands and available in 12 packs, despite a higher ABV and the additional ingredient cost of the oat milk.

For a brewery that was built on the backs of hops, this push forward into hazy/juicy seems to show that this is where the consumer focus will be for a while.

Further proof of that can be found in the Boston Beer Company portfolio. During the Super Bowl, Samuel Adams bought an ad in select markets to promote its Wicked Hazy IPA, a New England-style IPA that clocks in at 6.8% ABV.

Having one company, Dogfish Head was purchased by Boston Beer in 2019, release two beers of the same style at the same time was not without discussion.

“We’ve been doing hazy for a long time, starting with Squall a decade ago, and Sam Adams has been doing New England IPA and Wicked Hazy is an evolution of their NEIPA recipe. When we came together as one company we did the sort of gut check focus group work and found that only five percent of Dogfish Head drinkers drink Sam Adams and 12 percent of Sam Adams customers drink Dogfish, so we’re not stepping on each other from a customer perspective.

Will Dogfish Head be getting a Super Bowl ad of its own down the line? Calagione laughed at the question and said the brewery was still focused on its “grassroots” approach and preferred to focus its efforts on social media, events, and unique programming.

That kind of programming includes displays at Wegmans stores where cartons of Elmhurst 1925 oat milk will be paired with Hazy-O so customers can have beverages for any time of day.

On the event front, Calagione was also days off of the latest Extreme Beer Festival (EBF), a virtual event hosted by Beer Advocate, which is now owned by Next Glass, the parent company of Untappd.

For two evenings, Calagione and Beer Advocate co-founder Todd Alstrom Zoomed into virtual attendees’ homes as they all sipped through beers provided by presenting breweries. Getting together with brewers from the comfort of home had some appeal, Calagione says, but that there is something lost in the translation of what beer can be and the community it can foster, when people are not able to get together in person.

“I get concerned about virtual beer event fatigue,” he says. But when one is really well executed and consumer engagement is high, there are reasons to do it again.

Calagione said that while he hopes another Beer Advocate festival (Dogfish Head is a long-time presenting sponsor) can happen in person in the fall, he said there are already discussions in place about a “hybrid model” where at a physical festival there are spaces carved out where brewers can gather and give presentations to a wide audience

“People can be a part of EBF virtually while it’s happening physically. I see more hybrids in the future once we get out of this shit show,” he says.

Optimistic as always, Calagione said that the current aluminium can shortage impacting many breweries across the country was unlikely to have an impact on Boston Beer.

“Between all of our different brands we buy a significant amount of aluminum cans so we’re confident in our relationships with our suppliers will get us through these constrictive moments.”

Glass still plays a role in Dogfish Head beers, with 90 Minute IPA and the brewery’s “art series” beers remaining in bottles, at an established price point around $15 per six point that helps it better navigate the three tier system.

While Calagione says he does like both bottles and cans, he finds that glass is more suitable for higher ABV, “more sipping beers” is better for presentation.

He noted that 90 Minute has undergone a label redesign, similar to what 60 Minute went through last year. That brand “surged” at the onset of the pandemic as pantry loading was popular and consumers were looking for familiarity, volume, and value.

Overall, the two brands that most associate with the brewery are “flat” for heritage, long-term brands. He said that 60 Minute will continue its transition from glass to all cans, alongside the newer generation of brands, including Hazy-O.