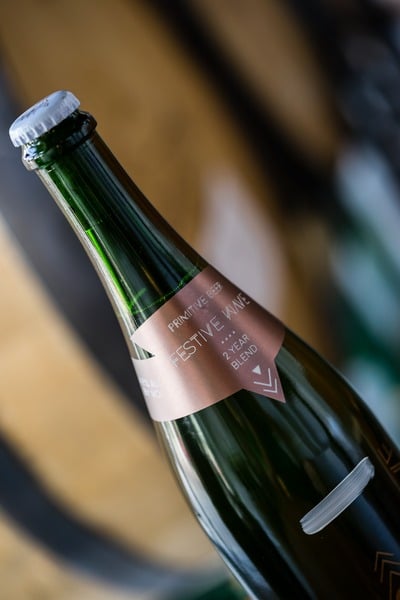 Lisa and Brandon Boldt are the  owners of Primitive Beer in Colorado.
They bill themselves as Colorado’s first exclusively spontaneous, barrel-fermented beer blendery. And in a state that has claimed its fair share of firsts, that’s a pretty big deal, especially after you taste their beer. You kinda wonder why we had to wait so long.
When they opened their doors in 2018 the made a splash on the local scene for their Méthode Traditionnelle ales, as well as the packaging – maybe you’ve seen their beer in a box. But even their bottled offerings are starting to pop up around the country and would certainly be coveted at bottle shares – if those were still a thing.
And one to look out for is a collaboration they did with Beer Kulture, called Peach On A Beach. It’s a  blend of two and three-year aged spontaneous beer matured on Colorado-grown Allstar Peaches and Tahitian-grown vanilla beans in two freshly emptied Buffalo Trace Bourbon barrels.

Get ready to listen in. Here come the Lambic Police.