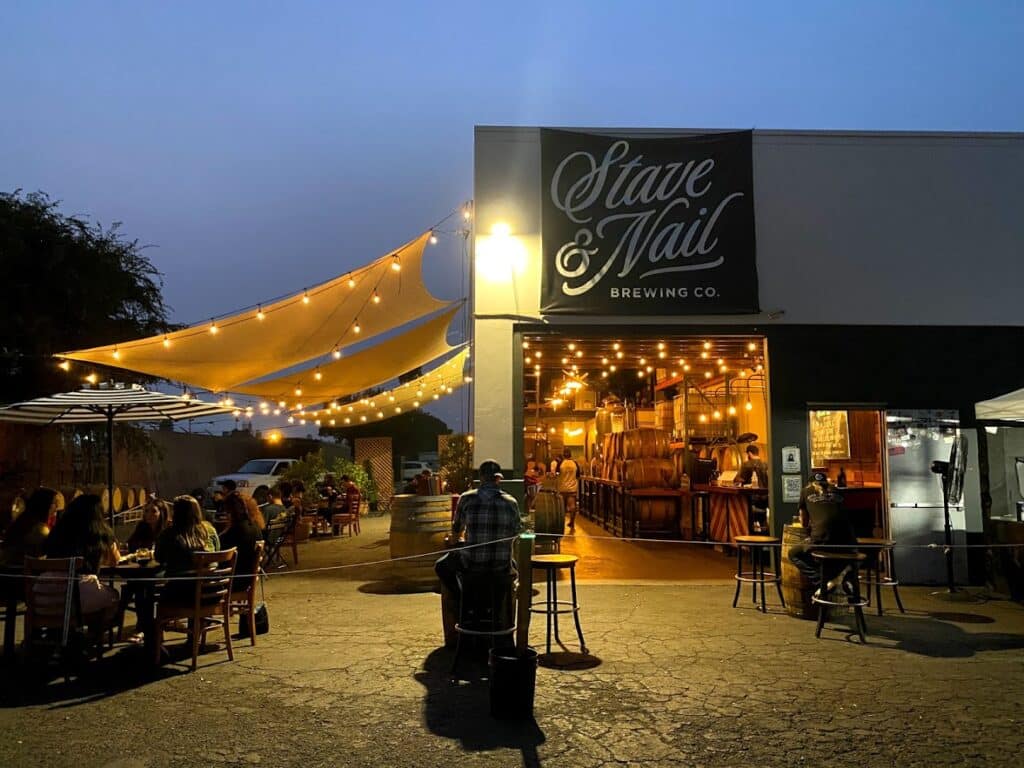 Justin Stambaugh started homebrewing a decade ago and quickly decided he wanted to pursue a professional career in beer. It wasn’t as easy as he had hoped but eventually he got an internship at Rip Current Brewing Co. in 2012 where he rose though the ranks, became a brewer, and even helped start that brewery’s sour program.
Eventually he decided that it was time to open his own place and didn’t even have to look too far. His new Brewery, Stave & Nail is located in the same building as Rip Current.
Justin spoke to the show from southern California.