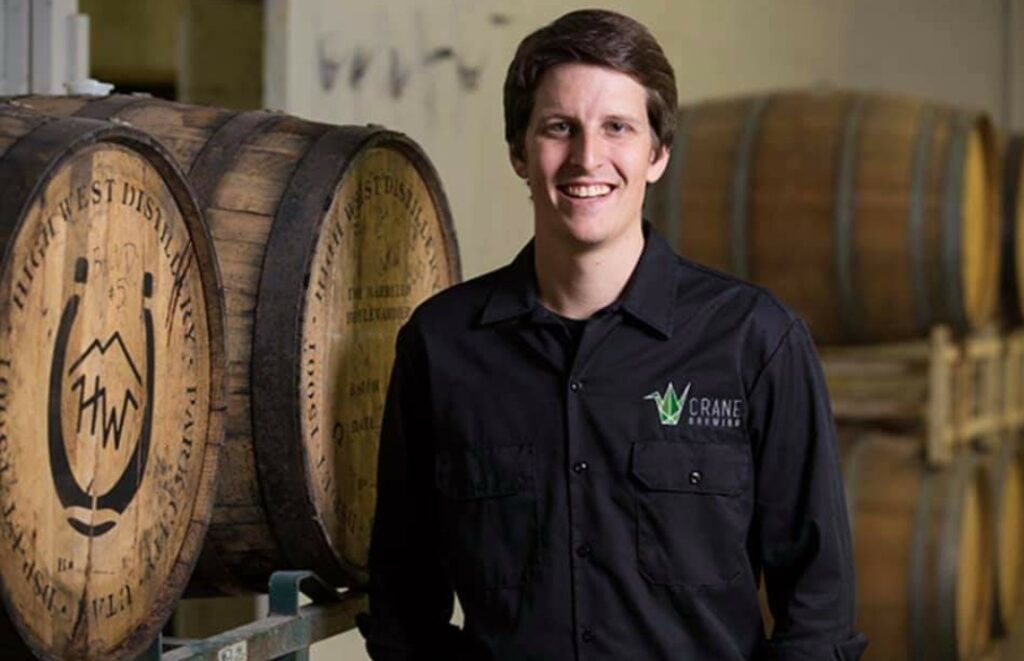 From host John Holl: “Every once in a while a beer comes your way from an unfamiliar brewery and just blows you away. It’s one of the great things about having so many breweries in the country these days – there is a lot to discover.
A few months back I had a slew of beers from Crane Brewing Co. in Raytown, Missouri. The gose and Berliner Weiss were subtle, flavorful, mixed with all kinds of ingredients and layered with nuance that made me want to know more about where they came from. So I called up Christopher Meyers, a co-founder of the brewery to talk about process, working with local farms, and their concept of ‘tradition, evolving.’
He spoke to me from the brewery in Missouri.”