Scenes from a Brewery: Factotum Brewhouse 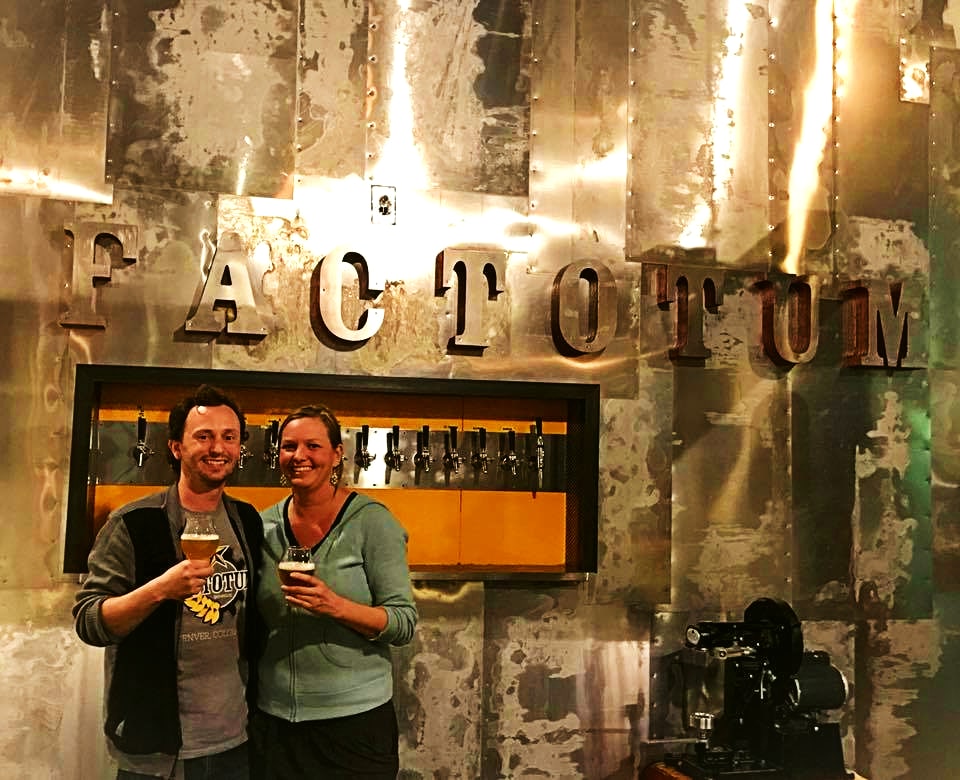 Since COVID-19 began impacting her business, Factotum Brewhouse in Denver has tried to find ways to keep the neighborhood brewery afloat.

Around 3 p.m. on Tuesday afternoon, Laura Bruns Bresnahan took to the Facebook page of Factotum Brewhouse in Denver with a plea.

“Doesn’t it feel like the movie Groundhog Day sometimes? We’re nearly 10 days out from the end of the month and again we’re looking for a miracle in the last stretch of May. I know we’re all so mentally exhausted from the current state of affairs. The sentiment of supporting local is starting to wane. But we’re still here and we still desperately need your support to continue on this unknown path. Last month you rallied and you shared my post and the response was knee buckling humbling,” Bruns Bresnahan, the brewery co-owner wrote. “Would you consider being a miracle customer in May too? We need 33 people to take advantage of our 3 for $30 crowler deal to help us get to June unscathed. Thirty-three ❤❤❤”

Stretching back to the days before they even open, breweries take great care to cultivate their image on social media. Some create humorous videos, others highlight their stellar employees, and others rely on the usual news about upcoming beer releases, special events, and general happenings within the brewery walls. A brewery is a business and social media accounts often are treated as a mere extension of that, with little personal information shared. Or, when personal information or opinion is shared, it can often go wrong, perhaps leading to a post on Worst Beer Blog – the last place most breweries want to be.

“As a business owner, I want to paint the flowers, rainbows, and unicorns and make it seem like everything is fine, because sending those positive messages conveys a good feeling for the brewery,” Bruns Bresnahan, who co-founded the brewery with her brother Christopher five years ago, told Beer Edge. “I did hesitate before sending out that message yesterday because I thought that it could be seen as too negative. We are one of a gazillion small businesses facing problems and I struggled with putting it out there. But sometimes when you need help you just have to ask for it. So I did.”

The response was heartening. Customers responded with more than thirty orders through the brewery website’s within two hours. Overnight, another 100 orders arrived.

Since COVID-19 began impacting her business, Bruns Bresnahan has tried to find ways to keep the neighborhood brewery afloat. Factotum has intentionally remained small. The brewery does not package or distribute and last year produced about 300 barrels.

Their original plan was to be a neighborhood brewery, a simple hangout for locals. And by her own estimation, Factotum has succeeded. But Bruns Bresnahan sees an uncertain future for her business. They have adjusted loan payments and reduced expenses in many areas. The company now employs four people, down from six. Without a steady stream of customers filling seats and stools, Bruns Bresnahan still worries about making payroll on the 5th and 20th of each month.

“At this point, we’re just trying to break even,” she says. The three for thirty crowler deal has been a life-line for the brewery, with a lot of customers ordering six or even nine crowlers at a time.

As the restrictions and pandemic-related shutdowns persist, Bruns Bresnahan says she might have to make this kind of personal appeal again. Showing humanity and what it is really like for small business, and not just putting on a brave face, showed her that there is merit to mixing personal emotion and business when it comes to social media.

“The response yesterday shows us what kind of community we’ve created and reinforced that the things we did all along are helping us now. It’s overwhelming.”